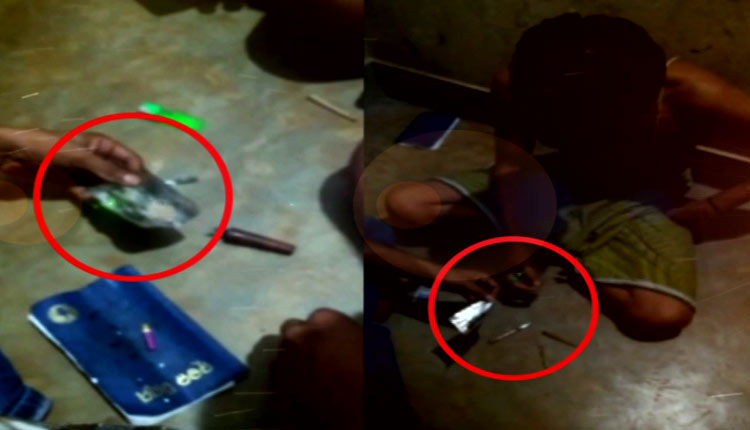 The shocking visuals of inmates striking brown sugar deal, using drugs and mobile phones from inside the jail have come as a major concern and exposed the lapses in the existing security measures at the concerned jail.

In the video, an inmate can be heard speaking to someone over telephone and saying, “Our superintendent is a nice person and just make sure to call before arriving at the jail with brown sugar and other narcotics.”

Former DGP Sanjiv Marik said, “Without the knowledge and nexus of concerned jail officials, such illegal activities cannot happen as there are three-tier security arrangements in jail. The visuals of use and flow of narcotics in jails is certainly shocking.”

The easy availability of drugs as well as mobile phones not only shocking but it is likely to create problems for the other law enforcing agencies as the criminals are now getting scope to operate their crime syndicate from behind the four walls of jails in the State.

It is pertinent to mention here that the Special Task Force (STF) of Crime Branch has so far seized brown sugar worth over Rs 8 crore following raids in different parts of the State.

Though time and again narcotics substances have been seized following raids in different jails in the past, a complete check on the flow of such articles has not be possible so far.

Former Excise Commissioner, Sudarshan Nayak said, “There is a nexus among police, politicians and criminals due to which such incidents are happening. Stern action needs to be taken against the officials involved or allowing such illegal activities.”

Later in the day, Khurda SP said, “After discussions with the Collector, raid will be conducted on the jail soon & strong action will be taken after probe.”

Soon after the SP’s comment, raids were conducted at the sub-jail by police officials in the presence of district magistrate, sub-collector and other senior officials. One platoon of police force was deployed on the jail premises during the raid to thwart any untoward incident.