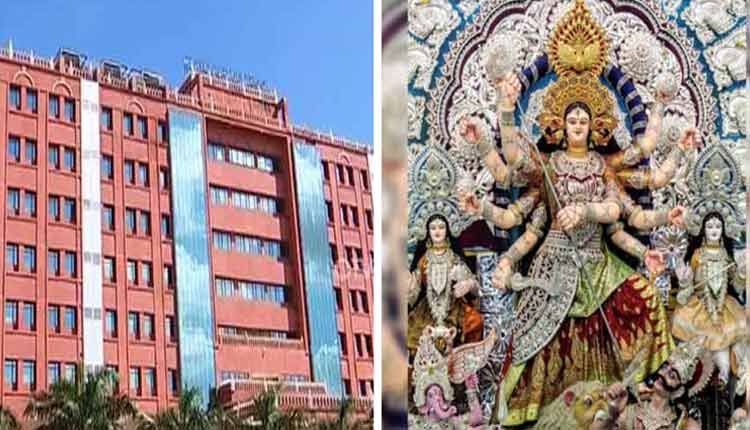 Cuttack: Nine Durga Puja Committees which had constructed idols taller than the stipulated 4 ft cap imposed by the state government, were given a go ahead by the Orissa High Court on Monday.

The court’s direction came in response to a status report submitted by the Advocate General.

Earlier, the state government had capped the height of the idols to 4 ft in view of the Covid-19 pandemic situation as taller idols would require elaborate immersion arrangements.

However, the court has attached two conditions to the relaxation– the permission to the 9 committees cannot be construed as an example and, secondly, the immersions have to be carried out by the administration.

Earlier on October 16, the High Court had directed the Advocate General to submit a status report on a few under-construction idols taller than the stipulated height of 4-ft. The Court has also asked to ensure that the safety of the idols are maintained.

The Advocate General was directed to overlook the status of idols at nine pandals including that of the Firingi Bazaar Puja Committee, Upper Telenga Bazaar Committee in Cuttack and submit a status report.