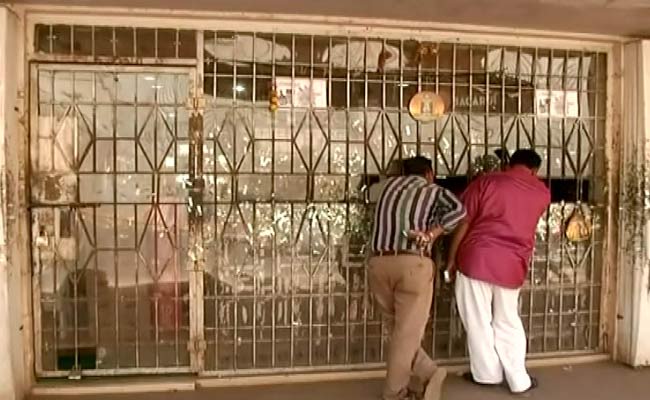 Bhubaneswar: A day after Odisha government allowed online sale of liquor in the State, the foreign liquor (FL) trader associations on Sunday demanded over-the-counter sale of alcohol apart from the online sale.

“Once the liquor shops are opened, we will have to pay the fixed taxes and it will not be possible for us to meet the monthly minimum quota through the online sale,” said Biranchi Narayan Sahoo, secretary of Cuttack Liquor Traders’ Association.

Both online and offline sale of liquor need to be allowed as online sale will not help the traders meet the target, said Sahoo.

“Our main demand is to allow counter sale of liquor along with the online sale. We tried to open shops today but people rushed to counters and started demanding liquor. We need police protection to deal with such incidents,” said Prabhat Das, president of Khurda Liquor Traders’ Association.

Speaking on the incident, Khurda Excise Superintendent Prasanna Kumar Acharya said that a meeting was held with the trader associations on Sunday and they have been given assurances of police protection for opening shops.

“Apart from government protection, we have also asked them to engage some private security guards. We have reached to an amicable solution today and they will open the shops now,” said Acharya.

Meanwhile, both the BJP and the Congress have come down heavily on the ruling-BJD for allowing sale of liquor in the State.

“Odisha government’s COVID-19 spokesperson, Subroto Bagchi had said that consumption of liquor will affect immunity system and such people will become vulnerable to the virus but the government is now planning to open liquor shops across the State,” said BJP MLA Pradipta Naik.

There seems a lot of difference between what is being said and done by the Odisha government, alleged Naik.

Congress MLA Sura Routray alleged rampant illegal sale of liquor during the lockdown in the State and said, ‘once the sops are opened, people are not going to follow any norms.’

However, State Excise Minister Niranjan Pujari said that online sale of liquor has already begun in Odisha and all measures have been taken to strictly follow the social distancing norms.