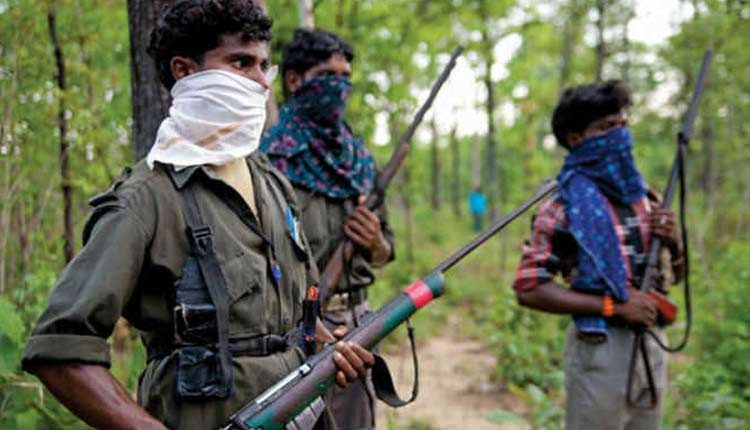 Bhubaneswar: Recently newspaper reported about CPI (Maoist), a banned outfit with a history of violence, expelling one of its divisional committee members in Odisha from the organisation for ‘anti-party’ activities. According to some reports, Navin, who was active in the “ swabhiman anchal ” ( earlier known as cut-off area) of Malkangiri, was thrown out because of the atrocities he had committed against local people in violation of the party line.

On the face of it the expulsion of Navin seems to be an attempt by CPI(Maoist) to shore up its dwindling support base in Malkangiri district, once considered its stronghold, by garnering the sympathy of local tribals. The vast majority of tribals inhabiting the inaccessible, Maoist-dominated areas of the district, were once among the most staunch supporters of the rebels. Deprived of development and exploited by government officials and contractors the tribals saw them as messiahs who could punish the wrong doers on their behalf.

However, the Maoists started losing this important support base when a section of their cadres themselves turned into exploiters. There were allegations of extortion and rape against these cadres who brought bad name to the Maoist movement in the state. Cases of tribal girls being sexually exploited in Maoist training camps were reported from districts such as Koraput and Malkangiri which over the years had acquired the reputation of being Red fortresses.

This began the process of alienation of tribals from the Maoist movement which appeared to have deviated from its ideological moorings. Soon the rebels also began targeting tribals for their alleged support to the police and security forces and many of them were killed after being branded “ police informers.”

The trend of Maoists’ killing “ informers ” continues but this has led to a sharp reaction from the tribals inhabiting the rebel dominated areas of Malkangiri and Koraput. At some of these places there are open signs of revolt against the radicals with the tribals taking up arms against them. This seems to have unnerved the rebel leadership with realization dawning that Maoist movement cannot survive without the active support and sympathy of the tribals.

The expulsion of Navin from the ‘party’ can be seen in this perspective. But there could be other reasons, too, behind the move. In the past there have been instances rebel leaders being thrown out of the organisation because of their ideological and tactical differences with the top leadership. While some disagreed with what they called ‘senseless violence’ others like Sabyasachi Panda rebelled against the alleged exploitation of Maoist cadres from Odisha by the more dominant rebel leaders from Andhra Pradesh.

Such expulsions from Maoist ranks, are, however, good news for the police for more often than the expelled leaders and cadres choose the option of surrender. This makes the process of their assimilation with the social mainstream easy. However, there are also instances of such leaders trying to strike out on their own. But such adventures have almost invariably ended in failure. Sabyasachi Panda, who floated his own rebel outfit, is a good example of this. Let us hope that Navin surrenders and returns to the social mainstream.

Political Parties Brace Up For High-Octane Bypoll Battle In Odisha