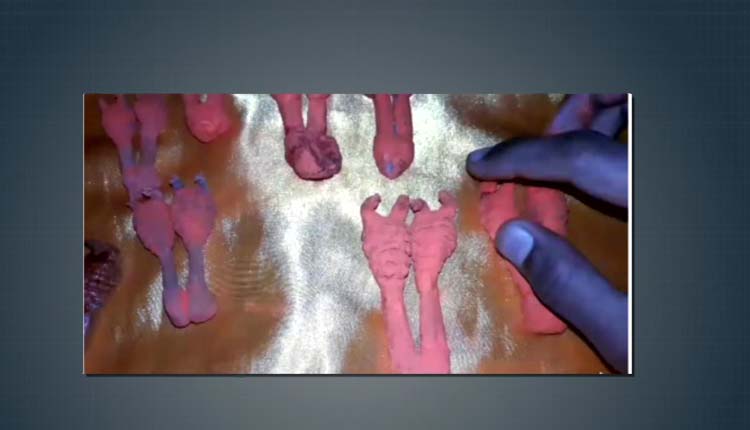 Bhubaneswar: After a gap of three years, fake Hatha Jodi, which are basically organs of monitor lizards are now being sold online. The racket dealing with such wildlife products is now active, alleged Subhendu Mallick, wildlife expert and general secretary of Snake Helpline.

Mallick informed that several online portals and people are selling organs of monitor lizard by claiming it to be ‘Hatha Jodi.’“People are hardly aware of such illegal practices. Such rackets need to be busted,” said Mallick.

Though a complete check on the sale was imposed following the intervention and crackdown by wildlife crime control bureau in 2017, it is now back in business, he said.

Mallick has reportedly lodged a complaint with the Wildlife Crime Control Bureau with necessary evidence in this connection. He has also urged for stern action against the illegal trade.

Earlier, tests had confirmed that dried genitals of monitor lizard were being sold online as plant roots.

What Is Hatha Jodi

Hatha jodi is the root of a plant and its name comes from its shape, which can be imagined as a pair of hands. Many believe that hatha jodi brings prosperity and is considered to be a good luck charm. It is also used in occult practices, sources said.