One Injured In Road Mishap On CRP Flyover In Bhubaneswar 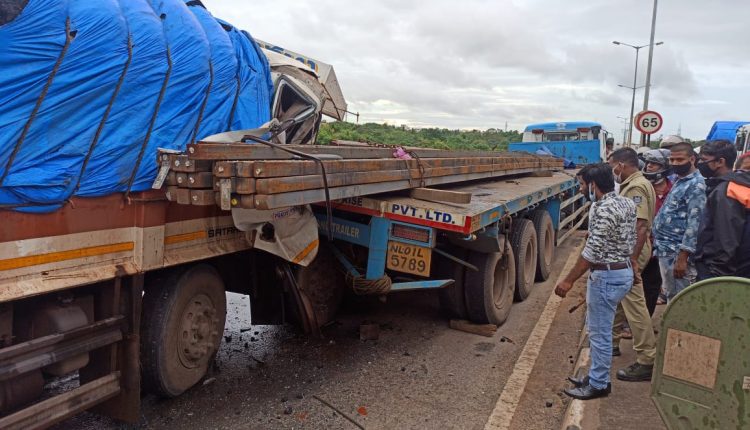 Bhubaneswar: A driver of a truck was injured after the vehicle rammed into another truck on CRP flyover on national highway 16 in the State Capital on Wednesday.

According to eyewitnesses present at the spot, a goods-laden truck hit another truck loaded with heavy iron bars on the flyover near CRP square in the city. Sources said that the speeding truck lost control and crashed into the rear end of the other truck suffering heavy damages.

According to sources, the driver is reportedly trapped inside the damaged cabin of the colliding truck. ODRAF and Fire Services personnel have been pressed into service at the spot to rescue the person trapped from the mishap site.

Goods-laden truck dashes into a trawler at Baramunda flyover in the capital city; one person sustains critical injuries. #Bhubaneswar #Odisha

Gas cutters and other high-tech machinery are being used to separate the entangled parts of the vehicles and extract the person trapped inside.

The accident has resulted in disruption of traffic on the highway. Traffic police have been deployed at the site. Road traffic on the NH has been diverted through the service road near Baramunda, said a senior police official.