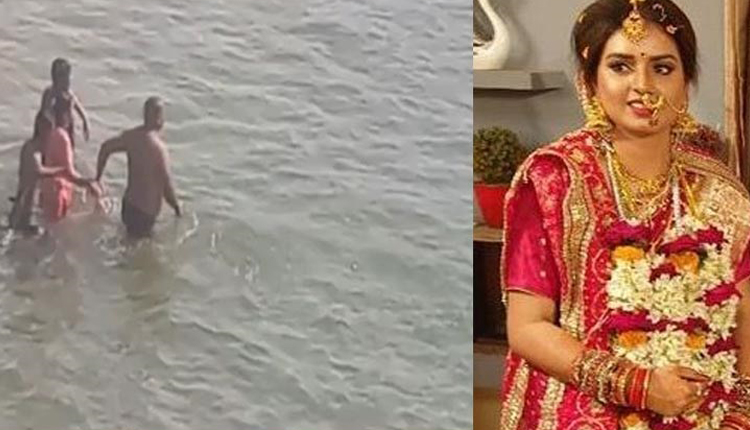 Cuttack: A woman, identified as the wife of Ollywood actor Amlan Das was rescued from Mahanadi River near the newly built Madhusudan Bridge on the outskirts of Cuttack city on Sunday.

As per police reports, the woman accidentally fell into the river while immersing puja materials. However, the police are investigating from multiple angles on the possible cause of the incident.

She was rescued by the police with the help of locals near the bridge. The police have launched a probe into the matter.

“I was in my vehicle while my wife slipped off the bridge trying to immerse the puja materials. The police was called immediately who rescued her from the river. Thankfully she escaped unhurt,” said Amlan.

No Let Up In Tension On Odisha-AP Border