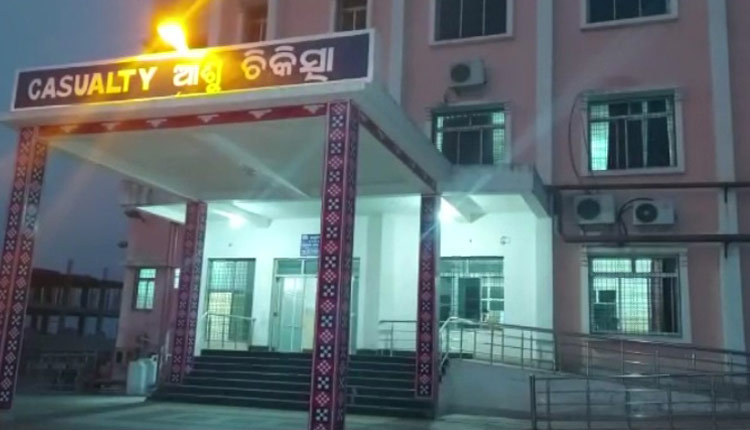 According to sources, Basudev Pal, the sub-divisional manager of OFDC collapsed during his duty hours today. He was immediately rushed to the district headquarters hospital of Jharsuguda where doctors pronounced him dead.

Emotional scenes unfolded at the district headquarters hospital after Pal’s death with his grieving younger daughter trying to take her own life. Unable to bear the loss of her father, the grief-stricken girl consumed Phenyl used for cleaning purpose.

Pal’s family members have blamed OFDC DM Amiya Kumar Patnaik for his death. As per statements of Pal’s elder daughter, the DM called her father to his residence and verbally abused him that led to his death.

Patnaik allegedly forced Pal to work till 12 am last night and again called him for work at 4 am today. The DM had been subjecting him to mental harassment since last one year, Pal’s daughter alleged.

“The DM had been mentally torturing my father for the last one year. My father had shared the trauma he was going through with me many times,” said the elder daughter of the deceased.

“My father was normal while going to the DM’s residence riding a bike, but how come he collapsed there and died on the spot. My father’s death is not natural. I demand a thorough probe into the matter,” the girl added.

Meanwhile, sources said that the OFDC DM has reportedly gone absconding following the death of Pal. The reaction of police or any other official of the OFDC could not be obtained in the matter.