Odisha tops country by recording 1.6M cloud-to-ground lightning strikes in 2019. The lightning season commenced from March. Peak months are Apr, May, June and September. This bolt from sky kills a person a day 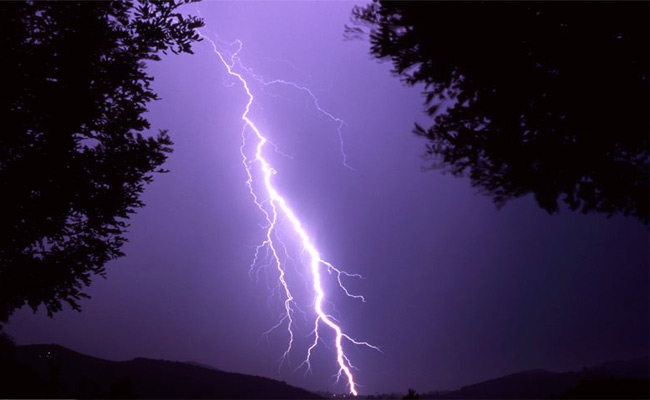 Bhubaneswar: When stay home, stay safe has been the mantra of Odisha government to fight Covid-19, the campaign also seemingly holds good to duck the lethal lightning strikes, especially when the lightning months have commenced in the State.

The exigency seems very high as Odisha saw a massive 1.6 million cloud-to-ground lightning strikes in 2019, only to emerge as the most lightning prone State in country. State recorded a high of around 25 flash counts per sq km.

Data shows State alone accounted for nearly 13 per cent of the total cloud-to-ground strikes recorded in the country in 2019, when landmass of Odisha is mere 4.9 per cent of country’s landmass.

The worth mentioning fact here is Odisha government had entered into an agreement with Earth Networks in 2018 to install lightning sensors in the lightning prone districts in State. These sensors issue DTAs (Dangerous Thunderstorm Alerts) to people in the State.

An analysis of the Earth Network and Odisha Special Relief Commissioner (SRC) data shows this bolt from the sky kills at the rate of a person a day in the State.

Odisha has recorded a toll of over 292 in 2019-20, which is a fall of around 16 per cent from 2018-19 toll of 334. The fall in death toll is attributed to localised thunder storm alerts issued by IMD and Earth Networks, said senior IAS and SRC Pradeep Jena.

A glance at the district-wise data available reveals only three of the 30 districts, namely Boudh, Gajapati and Sonepur, have recorded deaths averaging at around 3-5 deaths per year for the period of 2001-2019.

Only yesterday lightning killed a person in Koraput district. In March, on a single day, as many as 11 were killed by lightning.

As per Earth Networks, April, May, and June are the three months that had seen over 5,000 dangerous thunderstorm alerts. It attributed the reason behind high lightning activity to ramping up of Monsoon. Odisha again witnessed a spell of lightning in the month of September.

In contrast, January and December saw the nil amount of severe thunderstorms, though country wide DTAs issued stood at mere 10.

As a whole, the State saw a whopping 2,788 dangerous thunderstorm alerts in 2019. Eighty per cent of alerts belong to only four months of April, May, June and September.