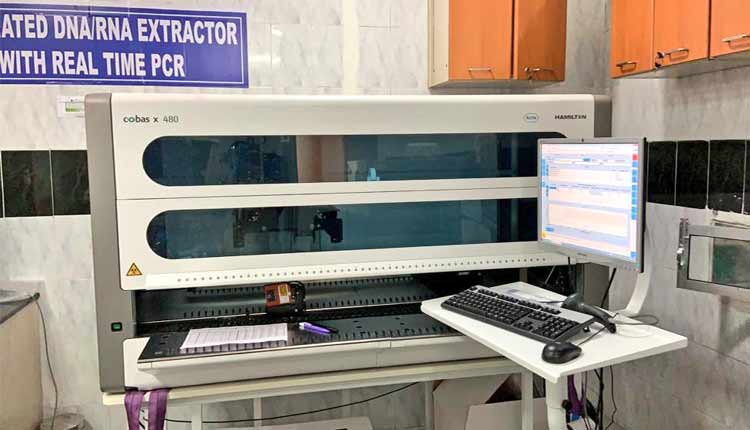 Bhubaneswar: Despite registering a sharp increase in COVID-19 cases since July, Odisha is yet to scale up its testing capacity. As per Health Ministry, only 22 States in the country are conducting COVID-19 testing as much as required by the World Health Organisation (WHO) guidelines.

Elaborating on this, Ministry of Health OSD, Rajesh Bhushan informed that “WHO has released a document titled ‘Guidance Note on Public Health Criteria to Adjust Public Health and Social Measures in the context of COVID-19. Under this document, WHO underlines the need for comprehensive surveillance and testing of suspect cases. If 140 people per day per 10 lakh (million) population are being tested, it is indicative of comprehensive surveillance and testing. There are 22 states which are doing this,” said Bhusan urging States and UTs to ramp up testing as per WHO guidelines.

Odisha doesn’t figure in top 22 States that have been testing over 140 persons daily per million though the State is the 15th worst affected state with total cases reaching 14,280 on Tuesday.

The cumulative samples tested so far in Odisha stand at 3,47,226. To further substantiate Health Ministry’s data, Odisha conducted 5689 tests yesterday (July 13) which roughly is 130 tests per day per million population (total 43.7 million/ 4.37 crore), which is below the 140 mark stipulated by the WHO. 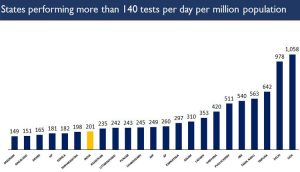 Institute of Life Sciences (ILS) director, Ajay Parida today informed that efforts are underway to scale up testing in Odisha to 7,000-9,000 tests per day.

As far as nationwide COVID-19 situation is concerned, 86 per cent of the total COVID-19 cases are confined to 10 states. Of the total cases, two States- Maharashtra and Tamil Nadu account for nearly 50 per cent, while the rest 36 per cent cases have been reported from Karnataka, Delhi, Andhra Pradesh, Uttar Pradesh, Telangana, West Bengal, Gujarat & Assam. 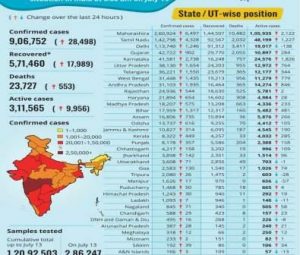