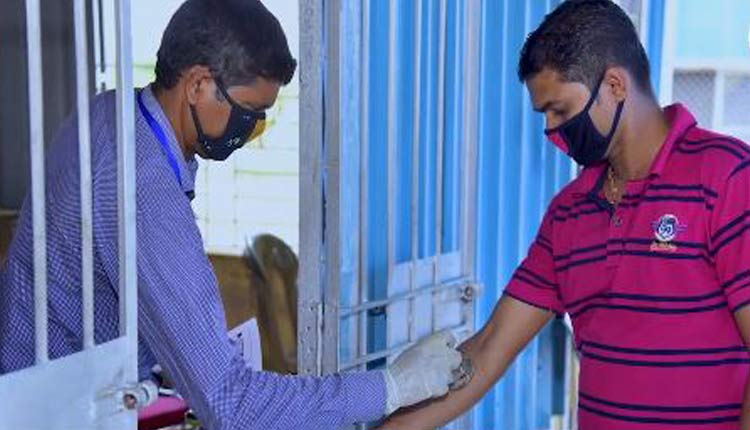 Bhubaneswar: Odisha on Tuesday registered 206 new cases of Covid-19, bringing the case tally in the State to 7065. The State also reported two more deaths due to coronavirus. As per the State health department website, the two death cases have been reported from Ganjam district.

“Regret to report the death of two Covid positive patients of Ganjam district while under treatment in hospital. One was a 48-year old female and the other a 39-year old female who was also suffering from Chronic Kidney Disease,” the health department tweeted.

One was a 48-year old female and the other a 39-year old female who was also suffering from chronic kidney disease & were under treatment in hospital. Total death toll in State 25.#Covid_19 pic.twitter.com/KAqtX9MP97

Of the total 206 cases detected in the last 24 hours, 192 cases were reported from various quarantine centres across the State while remaining 14 cases are local contacts, according to State Information and Public Relations Department.

Similarly, 15 cases were reported from Deogarh, 7 each from Mayurbhanj and Khurda, six each from Keonjhar and Angul, five from Balasore, four each from Bhadrak, Dhenkanal, Kendrapada, Sambalpur, three each from Ganjam, Jharsuguda, two from Sundargarh, one each from Boudh, Nayagarh and Puri.

Of the total 206 new #COVID19 cases detected in #Odisha in the last 24 hours, 192 cases were reported from quarantine centres while 14 are local contacts. Malkangiri reports highest 36 cases

Besides, one NDRF employee who returned from West Bengal after Amphan duty tested positive for the virus.

A total of 5003 RT-PCR tests were conducted in the State in the last 24 hours, taking the cumulative number to 265431. The total active cases in the State now stand at 2087 while 4946 people have recovered from the disease so far. The death toll remains at 25.

Unlock 2.0: Lockdown Only In Containment Zones, Night Curfew From 10 PM To 5 AM