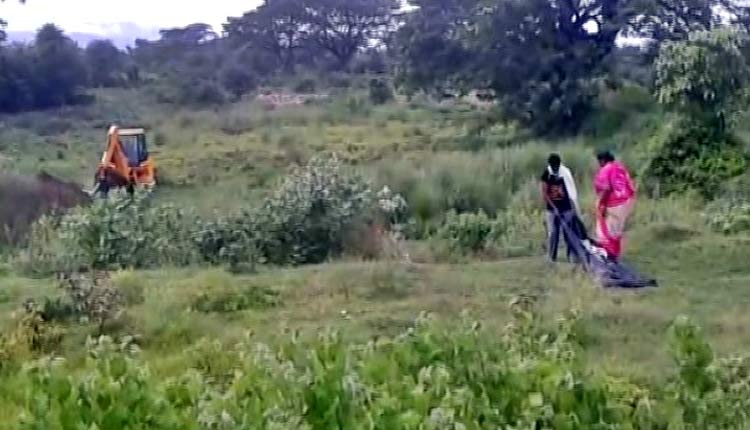 Berhampur: COVID-19 is not only taking a toll on humans but also seems to be infecting humanity as can be observed from rising cases of inhuman treatment towards the dead across the country. Such an alarming incident has been reported from Kabisuryanagar area of Ganjam district in Odisha where the body of a youth was shunned by villagers and relatives over suspicion of Covid-19 infection.

As per reports, the youth was suffering from fever for past several days and was being taken to hospital by his siblings in an ambulance. However, he died on his way to the hospital. While the ambulance brought the body back home, no one from the village or relatives came forward to help in organising a funeral for the deceased fearing COVID-19.

Left with no other choice, the siblings of the deceased took the body to a graveyard near Gauri Shankar road in the area. Seeing the plight of the siblings, some locals reportedly informed the local administration following which an earthmoving machine (JCB) was arranged to bury the body.

The video of the entire episode that went viral on social media has triggered an outrage with some expressing serious concerns.

“They (deceased) deserve respect and dignity. Such inhumane treatment of the dead is utterly shameful,” said a local.

Sources said that though the Covid-19 test of the deceased had not been conducted, people shunned the body out of fear and suspicion.

The local administration couldn’t be contacted to comment on the matter.