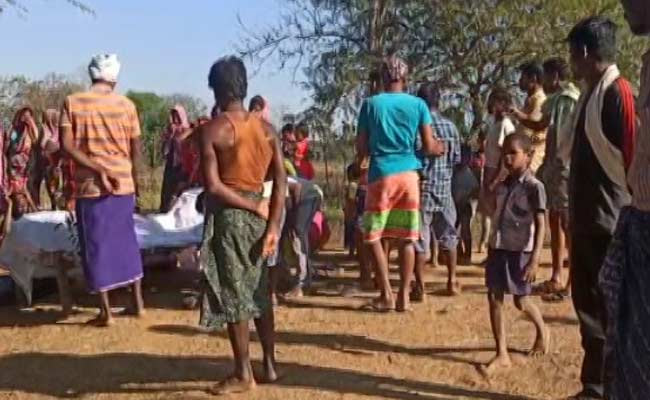 Nuapada: In a horrific tale of labour migration and subsequent torture, the body of a woman labourer Bilasini Bagfrom Nuapada district has been allegedly detained by her employer in neighbouring Andhra Pradesh. Six other family members of Bilasini have also been held captive by the concerned brick kiln owner.

As per reports, the brick kiln owner has threatened that the woman labourer’s body will not be released until her family members return the money paid to them as advance.

Following the incident, other relatives of the deceased Bilasini have urged the district labour officer for appropriate steps in this connection.

“The brick klin owner is not releasing the body, while other family members have been held captive,” said Jemati Bag, a relative of the deceased woman labourer.

Recently, another labourer from Nuapada who had moved out of the State in search of work died in Gujarat. Days after, deceased Jitendra Majhi’s body was brought to his native village.

Though Nuapada district labour officer feigned ignorance about the twin deaths outside the State, he has assured to take appropriate steps in connection with the incidents.

“I had no information regarding the death of two labourers in past one week. We will certainly take steps if a complaint is lodged by the family members,” said Sarat Panigrahi, Nuapada district labour officer.

It is pertinent to mention here that a complete check on labour migration has not been possible despite several sops announced by Odisha government.

Odisha Labour Department had recently rescued over 200 labourers hailing from several districts of the State from Bengaluru. All the labourers were rescued following reports that they were subjected to torture and harassment by their respective employers. Official sources said four persons were arrested after an FIR under Sections 16, 17, 18 of the Bonded Labour System (Abolition) Act, Section 14 of the Child Labour (Prohibition and Regulation) Act, Sections 34, 370 and 374 of the IPC was registered in connection with the case.