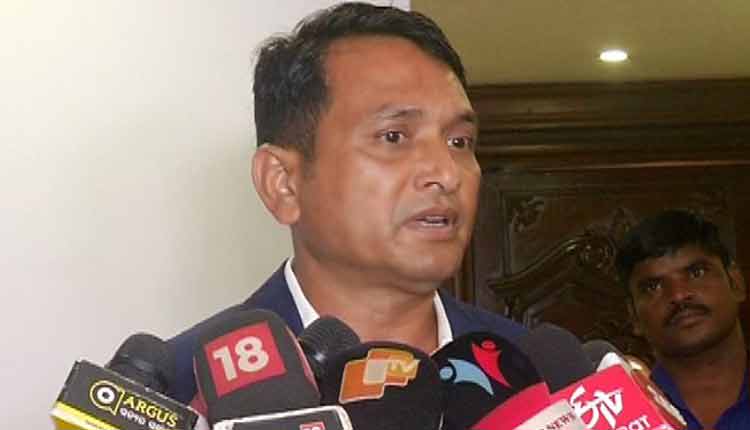 Bhubaneswar: Odisha Government will soon unveil a comprehensive package for quick revival of the industrial sector which has been severely hit due to the COVID-induced nationwide lockdown, state’s Industries Minister Dibya Shankar Mishra said on Tuesday.

“We are examining measures required to put the ailing industries, particularly the MSMEs, back on the rails. We need to ensure the safety and security of the labour force and resume production too,” the minister for Industries, Energy and MSME told PTI here.

He said issues relating to revival of industries were discussed at a meeting of the inter-ministerial committee with representatives of around 17 industrial associations from different sectors through video conference last week.

During the meeting, the government got to know the problems faced by the industries and also the nature of support they require for their revival. The industry representatives were told that large investment will be made in industrial projects and infrastructure to generate demand within the state, he said.

Several suggestions have been put forward by representatives of industry, the minister said, adding another round of meeting will be held very soon as part of the exercise to firm up measures to deal with the crisis.

He emphasized that social distancing guidelines and other laid down safeguards will have to be strictly adhered to while restarting activities in any sphere of the industrial sector in view of the coronavirus menace.

“I have also held detailed discussions with Union Ministers for Railways, Heavy Industries, Chemicals and Fertilizers, Power and MSME. They all have promised to extend necessary cooperation and assistance for revival of industrial activities in Odisha,” he said.

Railways and road transport play a significant role in the smooth functioning of industries, Mishra said. Getting labourers and employees back to the workplace during corona scare is also going to be a herculean task, he said.

The state and the central government will have to create opportunities for revival of the ailing units which have been fully shut down.

“Taking into account all these aspects, well-thought strategies are being worked out to bring back normalcy in the industrial sector. We will soon come out with a comprehensive revival package for industrial units including MSMEs,” the minister said.

Under the present scenario due to COVID outbreak, it is necessary to generate industrial demands within the state itself and the government plans to infuse large scale public investment with revival package to create industrial infrastructures like road, power distribution network and industrial parks, said a senior official.

As part of the plan of action, the state government wants to develop new dedicated industrial parks along with proper implementation of ongoing projects like PCPIR and plastics park at Paradip, steel hub in Kalinganagar and aluminium in Angul district.

This apart, there will be new mega textile parks in Ganjam district where a large number of migrant workers are set to return from different parts of the country after the lockdown, he said, adding setting up of mega IT park and data centre is also proposed at Naraj in Cuttack.