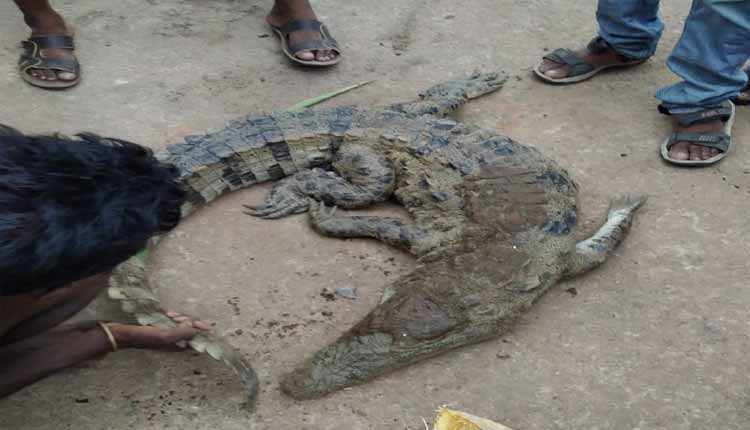 Malkangiri: Three special teams have been formed by Odisha Forest department following reports that a crocodile was captured by some villagers of Kaladapalli village in Malkangiri. The matter came to light after some pictures of the crocodile tied & hung from a tree went viral on social media. It is now being alleged that some villagers allegedly killed the reptile and consumed its meat.

On getting information, a team of forest officials visited the village yesterday. But they failed to find any trace of animal parts.

“We got information that some people had captured a crocodile and later ate its meat. Subsequently, we had sent our teams but they couldn’t trace its body parts,” said District Forest Officer Pradeep Mirase.

Mirsae further informed that the department has now received information about the persons involved in the incident. “We have constituted three teams to nab the culprits,” he added.

Forest department officials informed that a lot of people are still unaware about wildlife legislations for which such incidents are being reported from remote areas of the State.

“We will form squads to create awareness among people so that they do not kill animals. The teams will also take action against those involved in killing of wild animals,” Mirsae added.