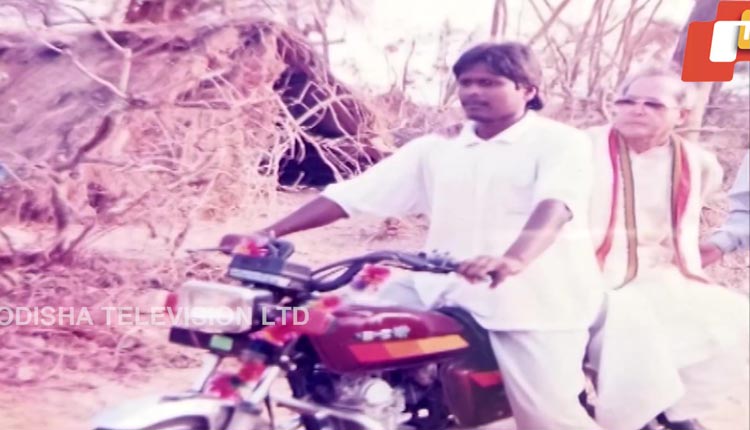 Bhubaneswar: As the nation mourns the death of former President and Bharat Ratna awardee Pranab Mukherjee, a man from Odisha’s Kendrapara district fondly recounts the day he got the opportunity to take late politician on a bike ride when he visited Odisha in the aftermath of 1999 super cyclone.

Pranab Mukherjee who was then the general secretary of All India Congress Committee under the direction of Sonia Gandhi had visited Kendrapara district after the super cyclone barrelled through coastal State causing probably the greatest cyclonic disaster ever recorded in the last century. Mukherjee visited the cyclone-hit areas for nearly three days and actively worked for the rehabilitation of the victims.

As the roads were inaccessible, the late politician rode pillion on the bike of Tarunkanti Kanjilal of Ramnagar gram panchayat to reach the remote areas and take stock of the situation.

A day after the demise of Mukherjee, a crestfallen Kanjilal was nostalgic about the old days of his travelling with the stalwart politician. “I and my entire family members are deeply saddened by the demise of former President Pranab Mukherjee. He had come as a saviour for the residents of Kendrapara after the Super Cyclone and extended a helping hand,” Kanjilal said. 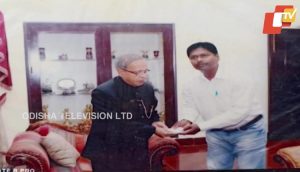 “During the motorcycle ride, he inquired all about the people and their rehabilitation. He asked me to stop whenever he came across a damaged house and discussed with the family members,” said Kanjilal.

Though Mukherjee left Kendrapara after the tour, he did not forget the love and affections of the residents.

“While leaving Kendrapara, he asked me to be in touch with him and gave his phone number. But, I never contacted him further until in 2013, when Mukherjee visited Odisha after becoming President,” Tarunkanti said.

“Between 1999 and 2013, I had no contact with him. However, when I found that President was scheduled to visit Odisha, I contacted his office and much to my excitement, I got a call from his office confirming that the President has expressed his wish to meet me,” said Tarunkanti. 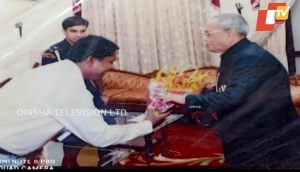 Recounting the visit to the late President at Raj Bhawan, Tarunkanti said, “When I met him, I handed over a bouquet and tried to take his blessing. But he stopped me from touching his feet and hugged me. I will not forget that moment till my last breath. He was a great human as well as politician.”