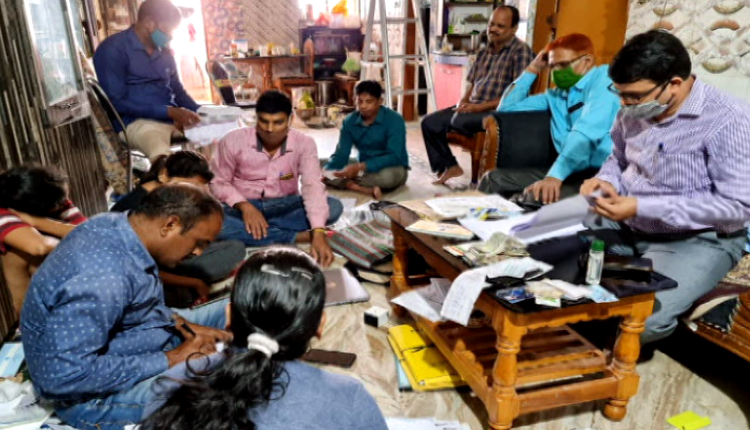 Bhubaneswar: The Vigilance department on Friday arrested Udaynath Jena, a senior clerk posted at the Bhubaneswar Sub-Collectorate on charges of amassing assets disproportionate to his known source of income. The sleuths detected Rs 1.32 crore assets in his possession.

Vigilance sleuths on Thursday seized unaccounted property worth crores from two government staff – including Jena and another junior clerk at the Sub-Registrar office in Dharmasala, Jajpur.

According to reports, officials of the anti-corruption agency conducted simultaneous raids at the houses and property of the two clerks on charges of amassing disproportionate assets.

In the first raid in the capital city, vigilance seized property worth Rs 1.32 Crore from Udaynath Jena, the senior clerk in the Sub-Collectorate after raiding Jena’s residential house at Ebaranga in Sundarpada, his native place at Endulapur in Kendrapara and office room in Bhubaneswar.

In another raid, vigilance detected crores of movable and immovable assets from the possession of Ratnakar Mohanty, who happens to be a junior clerk at Dharmasala Sub-Registrar office. The total assets of Mohanty and his family members have been calculated at Rs 1.29 crore while further enquiry is in progress, informed Vigilance SP.

According to the Directorate of Vigilance, Mohanty has a double-storied building at Chahata under Dharmasala PS, the estimated value of which is Rs 24.68 lakh. The clerk also has two single-storied buildings at Jaraka worth Rs 32.5 lakh. Mohanty further has two single-storied market complex at Shantibazar, a hotel at Jaraka chhak apart from a plot at Chahata, a four-wheeler, three two-wheelers that account for over Rs 37 lakh.