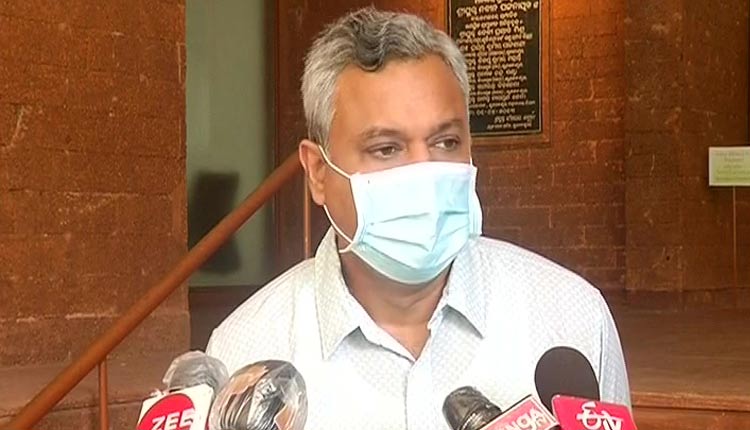 Bhubaneswar: After KALIA Yojana, Odisha government introduced Balaram Yojana in the state on Thursday that promises to provide bank loan up to Rs 50,000 to sharecroppers, landless farmers and to those who are left out of the farm credit coverage.

Odisha Agriculture Department Secretary, Sourav Garg today shared the details of the modalities through which the loans are to be disbursed.

As per Garg, the new scheme has been prepared in collaboration with NABARD (National Bank for Agriculture and Rural Development) and tweaked to facilitate landless farmers who were earlier deprived of loans.

Under the Balaram scheme, the beneficiaries will be identified by Krushak Sathis appointed in each Gram Panchayats. Groups of four to five landless farmers will be constituted who will then be trained and educated by NABARD under its capacity building programme.

The maximum crop loan amount for a group has been set at Rs 1.5 Lakhs to Rs 2 Lakhs. “Until now, such a group was only allowed a loan of Rs 50,000 by cooperative banks that came down to only Rs 10,000 for each farmer, which was insufficient. With a loan up to Rs 50,000, I think the issues of the farmers can be addressed more broadly” said Garg.

Along with the cooperative banks, commercial banks have also been pooled in to provide loans to 60,000 to 70,000 groups (3 Lakh to 3.5 Lakh farmers) under the scheme this year.

“We have approximately 14,000 Krushak Sathis in 7,000 Gram Panchayats in the state and we expect each Krushak Sathis to identify four to five progressive farmers in their area who were deprived of farm loans till now. Similarly, each bank branch has been directed to provide loan to at least 10 farmer groups. That way, we can achieve our target,” he further added.

The interest rate and subsidy on the loan amount will be decided as per the State farm loan legislation, informed Garg.