Bhubaneswar: The Regional Meteorological Centre here has predicted that Odisha will experience extreme cold wave conditions till the third week of January.

As northerly winds have remained active, temperature has marginally dropped in last 2-3 days in #Odisha. It is likely to drop further in the coming days. Extreme cold wave conditions will prevail till 3rd week of January: Duty Officer Of #Bhubaneswar Met Centre, Madan Mohan Das pic.twitter.com/0aDAyVdMF0

The temperature will further drop in the coming days while the extreme cold wave condition is likely to prevail till January 15 to 20.”

There is possibility of dense fog cover at one or two places over the interior districts of the State for the next couple of days, added Das.

Since the last three days, the minimum temperatures in many places of the State including Bhubaneswar have plummeted by 2-3 degree Celsius.

As per reports, six places in the State record temperatures below 10 deg Celsius on Friday. Meanwhile, Daringbadi remained the coldest place as it recorded minimum temperature of 8.5 deg C on Monday; followed by Angul and Phulbani with 9 deg Celsius, Balasore & Jharduguda with 9.6 deg Celsius and Sonepur with 9.8 degree C. 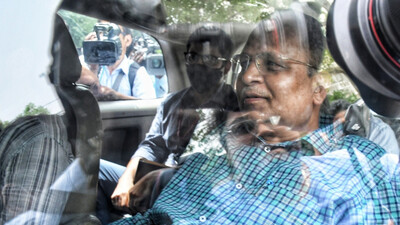