Balasore Drowning Mishap: Another Body Fished Out From Tribeni Ghat 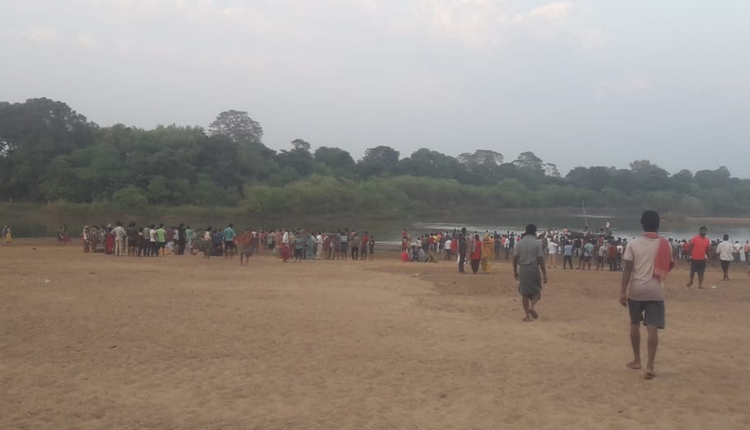 Balasore: The rescue team on Tuesday recovered the body of the youth who went missing while taking bath with his friends in Balasore’s Tribeni Ghat.

Yesterday, two bodies of the youths from Nilagiri had been fished out and another one was still missing.

Sources said, five youths belonging to Nilagiri had come to the ghat for a bath. While two of them managed to swim up to the river bank, three others went missing.

As per the youths, they tried to rescue the other three but the river current swept them away.

A team of NDRF was pressed to action who launched a rescue operation in the area and recovered one body from the river.

The Tehsildar of Remuna, who was at the spot to supervise the rescue operation said, “The accident happened while they were taking bath here at noon.”

“The district administration sprang into action and deployed two fire fighting teams and an NDRF team at the spot. We will try to rescue the missing persons as soon as possible,” he added.

Notably, in similar tragic incident, four students had drowned at the same spot some years back making it an accident-prone place.

(This is a developing story. Stay tuned for more info)