Odisha: Thieves Rob People Off Their Night Sleep In This Village 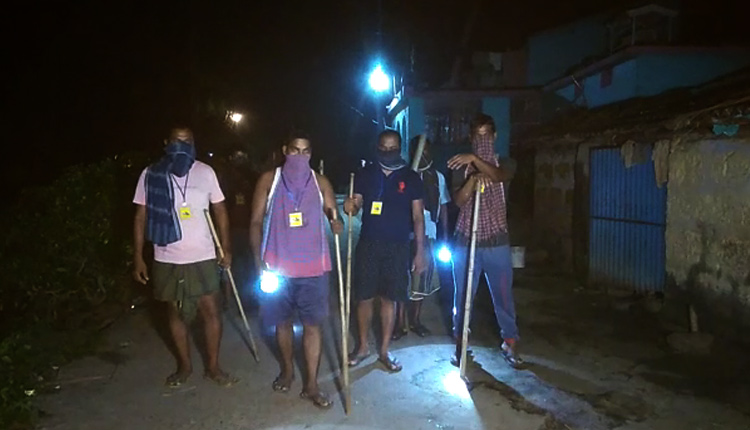 Cuttack: People guarding villages at night with lathis and torches in their hands, occasionally calling out, “Jaagte Raho”– in order to keep burglars at bay– is something you must have seen in Bollywood movies of a bygone era.

However, the scene is being played out in reality at Bailo village under Athagarh police limits of Cuttack district every night since the past two weeks.

Tired of the repeated instances of house break-ins and burglaries, the villagers have taken upon themselves the mantle of protecting their village from the unrelenting burglars with the assistance from police remaining few and far between.

The villagers alleged that despite multiple complaints made with the Athagarh Police Station, the police are still to round up the suspects. Instead, the instances thefts and burglaries have considerably gone up.

Finding no alternative, the village committee formed groups consisting of 10 men who have been patrolling key spots in the village throughout the night in order to ward off any attempt by the robbers.

“Theft cases have been continuously rising. We approached the police for help but our requests were not heard. Later, the village committee decided to guard the village by forming teams,” stated Dharmendra Samal, a villager.

Another villager, Ajaya Nayak alleged, “On 29 September, some miscreants barged into a house by breaking open the main door and looted gold ornaments, cash and other valuables. Following the incident, we decided to guard the village by ourselves. Though there are risks of getting attacked with sharp weapons, we have to protect our houses by ourselves.”

“There have been several theft cases since the last few months in our village as well as in the neighbouring areas, but no action has been taken in this regard by the concerned police station. Therefore, groups have been formed compromising ten people who are guarding the village from 9 PM to 5 AM every day,” said Prabhas Majhi, a villager at Bailo.

Responses from the Athgarh Police is still awaited.