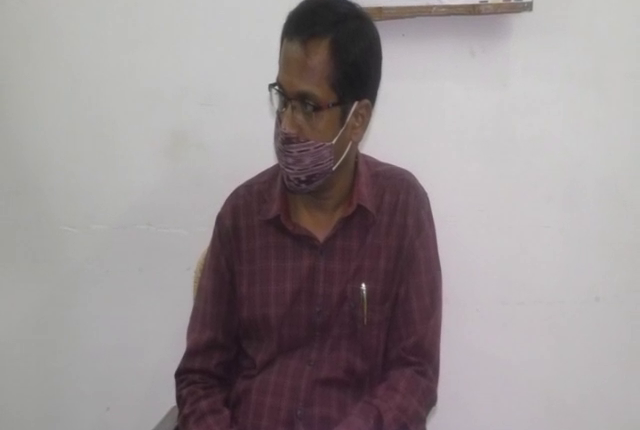 Sonepur: A Tehsildar was arrested by the vigilance sleuths on charges of accepting bribe of Rs 20,000 from a person at his official residence at Tarabha in Sonepur district on Monday night.

Tarabha Tehsildar Subrat Kumar Behera, who was also in-charge of Tarabha sub-registrar, demanded illegal monetary gratification from one Kanhu charan Das of Ghatakaintara reportedly for registration of a land. Kanhu Charan had sold his plot in Antarda mouza to one Rabindra Mishra, a resident of Tulunda and applied for approval of the sale of the land deed before the concerned Tehsildar.

After he was asked to pay bribe, Das lodged a complaint with the vigilance in this regard following which a special team laid a trap to nab the official.

“He received the bribe money at his official residence. We caught him red handed while accepting Rs 20,000. He received the cash in his left had which reacted to the chemicals,” Vigilance DSP Dasarathy Sethy said.

The accused officer has been forwarded to court, the raiding official said, adding further investigation is underway to extract more information.

Earlier on November 13, the anti-corruption wing had arrested Udaynath Jena, a senior clerk posted at the Bhubaneswar Sub-Collectorate on charges of amassing assets disproportionate to his known source of income. The sleuths detected Rs 1.32 crore assets in his possession.

Similarly, in June this year, Balianta Tehsildar and a data entry operator had landed in the vigilance net in a similar case while accepting Rs 1.20 lakh bribe from a person for land conversion. The officer identified as Rasmirekha Pradhan and DEO Dhaneswar Sahoo had been caught red-handed by the anti-graft sleuths.

Two Dead As Bhubaneswar-Bound Bus Overturns Near Hajaridanga In Rayagada