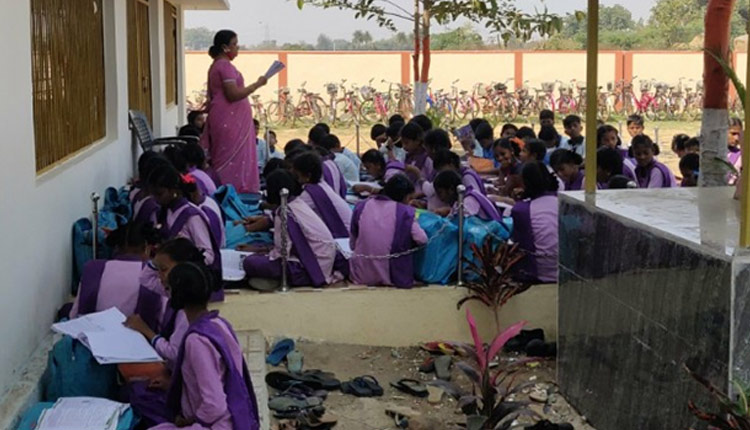 Ganjam: Amid escalating border tension between Odisha and Andhra Pradesh, shocking reports have unraveled how numerous students in many villages under Patrapur block of Ganjam district, situated on the borders with Andhra Pradesh have started to get admission in the neighbouring State’s schools.

Ganjam district education officer Amulya Kumar Pradhan called upon all the headmasters of the schools located on the Andhra-Odisha border in the district on Thursday and discussed the possible reasons behind the students transferring to the schools of the neighbouring state.

As per reports, many students from various schools in Patrapur block are studying at Zilla Parishad High School at Kota Sasanam village under Kanchili mandal in Srikakulam district of Andhra Pradesh.

The DEO while speaking to OTV also admitted that some students have shifted to Andhra schools. “Out of the 920 students from 20 schools in Patrapur area, around 49 students have enrolled themselves in nearby Andhra schools. However, they are yet to take their transfer certificate from the native schools,” informed Pradhan.

The DEO further added that as all the classes are yet to open completely after the Covid-19 induced lockdown, ascertaining the exact number of students getting admitted to Andhra schools will be difficult.

However, the concerned authorities have assured that if students from the State are found visiting the neighbouring State’s schools, steps will be taken to get them transferred back to their previous schools.

“As the physical classes are yet to resume in the State completely, students have started to turn to some other schools that come under the jurisdiction of Andhra. However, the sarpanches and officials of the block have assured that steps will be taken to bring those students to the state schools,” said the DEO.

“The schools in Odisha are yet to open after the Covid-19 lockdown and as Andhra schools have opened, I am coming to read here. Besides, we are being provided with textbooks, bag, shoes, etc in the school,” said a student of Samantiapalli village.

Speaking to OTV, DEO Amulya Kumar Pradhan said all school headmasters have been ordered to submit a report regarding the number of students that have shifted to Andhra schools from their respective schools.

“There are 22 schools in Patrapur which include 18 bi-lingual and 4 Telugu schools. We will hold an enquiry to find out the reason behind the students shifting to neighbouring State school after which a report will be submitted to the State government and district administration,” added Pradhan.