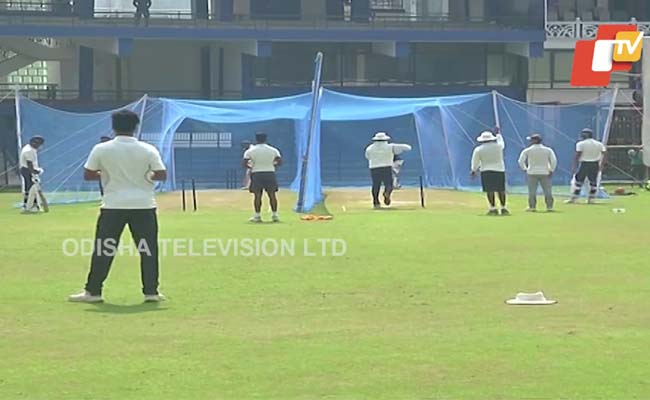 Bhubaneswar: A resurgent Odisha cricket side secured their quarter final berth in the ongoing 2019-2020 Ranji Trophy season with a draw in its last group match against Jharkhand at Barabati Stadium in Cuttack today.

Odisha’s entry into the quarters of the elite domestic cricket tournament of the country will be its first in three years. The State cricket team’s last best performance in the Ranji Trophy came in the 2016-17 season, when they advanced to the quarter-final stage before losing out to eventual champions, Gujarat.

Two centuries from Debasish Samantaray and skipper Subhransu Senapati in first and second innings of the match against Jharkhand ensured a draw for Odisha which was enough take it to the knockout stage.

In the first innings, Debasish Samantaray registered the team’s highest individual score of the season with 26 fours in his magnificent knock of 156 runs which helped Odisha pile up a huge 436 run-target. Samantaray was eventually adjudged man of the match.

But the visitors also responded strongly and put up 356 runs with the help of a ton from Kumar Suraj. However, after a lead of 80 runs, Odisha played out the remaining overs and finished off the game with 187 runs on board for the loss of 1 wicket in the second innings. Captain Subhransu returned to form with a 100 in the second innings.

The draw in the match meant that Odisha finished the group stage second with 38 points behind leaders Jammu and Kashmir in the Elite Group C. Odisha has won 5 out of 9 matches with two draws and equal number of loses.