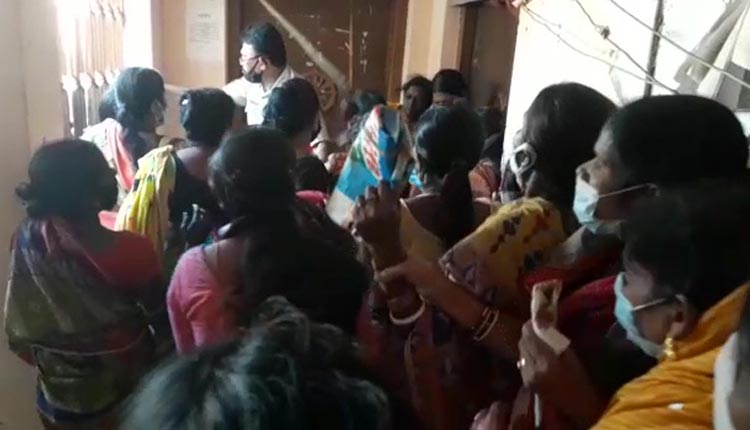 Bhadrak: Six persons including four police personnel were injured after they allegedly came under attack from the members of a women’s group who turned violent during a protest at the block office in Bonth under Bhadrak district on Wednesday.

As per reports, the women were protesting against the dismissal of the Secretary and President of their Gram Panchayat Level Federation (GPLF). During the protest, they reportedly barged into the office and ransacked the furniture before attacking the officials present there.

During the melee, four police personnel and two officials including an OLM coordinator and the Block Project Manager (BPM) were injured.

Speaking about the incident, Binapani Panda, the BPM said, “The leadership of the GPLF they represent was changed by their executive committee. Our responsibility was only to oversee the process. A team from DRDA also scrutinized it and ruled that the process was right.”

“But the members maintained that the process was undemocratic and demanded to reinstate the President and Secretary. They broke open the gate and attacked us including the police personnel,” added Panda.