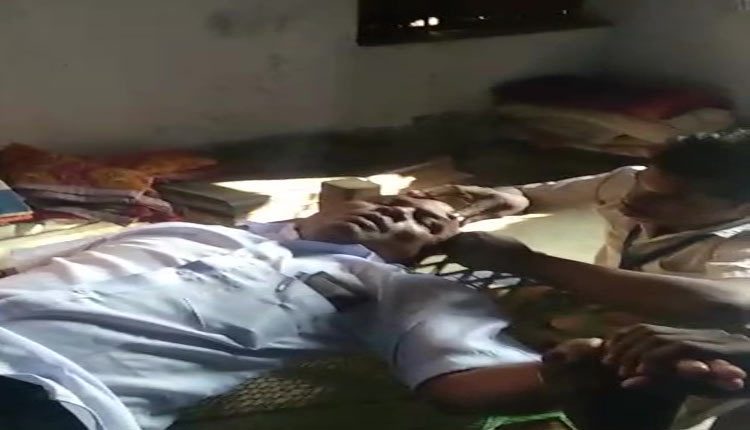 Baripada: Several incidents of corporal punishments have been reported from schools in Odisha. But a school in Mayurbhanj district is now in news after its headmaster was caught getting massage from students.

A video purportedly of the headmaster getting a nice spa-like treatment from three students has now reportedly gone viral on social media. The incident is from Iswar Chandra Government High School at Kherna village under Saraskana block of the district.

In the viral video, the headmaster, Janardhan Mandal can be seen lying on a cot inside one of the hostels and three boys of the school are seen giving massaging his head & arms.

Though it is still unclear why the headmaster went to the hostel and forced the students to give him a massage, the headmaster and other concerned officials could not be contacted over the issue.

Recently, the visuals of a school teacher thrashing students after making them kneel down on verandah had triggered sharp criticism. After the video of the act went viral on social media, the teacher of Pitatangar Upper Primary School in Keonjhar district was reportedly placed under suspension on January 20.