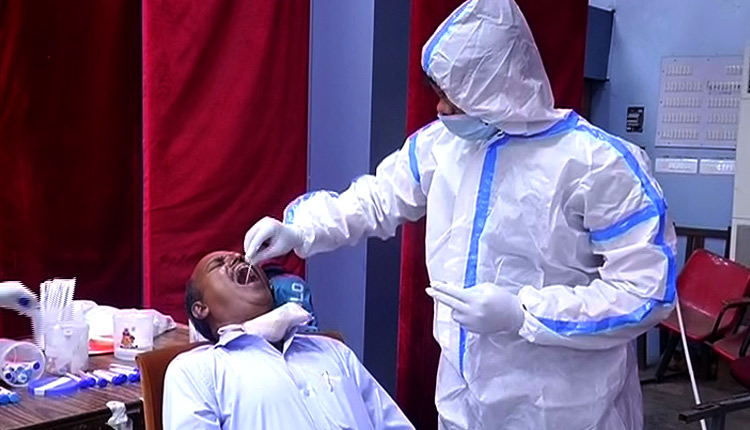 Bhubaneswar: The Covid-19 tally in Odisha jumped to 3,46,808 on Friday when 1,282 more people tested positive for the infection, the highest single-day rise this year, while the death toll rose to 1924 with the death of one patient in the last 24 hours in the State, informed the Health and Family Welfare (H&FW) Department.

Of the new cases detected from 28 districts of the State today, 755 were reported from quarantine centres while the rest 527 were local transmission cases, said a data released by the Information and Public Relations Department (I&PR).

With the inclusion of Friday’s figure, the number of active coronavirus cases in the State surged to 5941 while 3,38,890 patients have been cured or recovered from the disease, as per the data released by the State Health and Family Welfare (H&FW) Department on Friday.

The State has so far tested a total of 93,04,712 samples including 29,081 on Thursday. Odisha’s positivity rate stands at 3.73 per cent, a data released by the State Health and Family Welfare department stated.

Meanwhile, tightening the curbs to stem the spread of novel-Coronavirus, the Odisha government on Thursday made RT-PCR test mandatory for people coming to the State from other states.

“RT-PCR test is must for those coming to the State from other states. Those not undergoing test will have to stay in quarantine for seven days,” said State Health Minister Naba Kishore Das on Thursday.

On the other hand, amid the steep rise in Covid-19 cases in the western parts of the State, the State government had requested the railway board to cancel all passenger train services to neighbouring Chhattisgarh with effect from April 10.