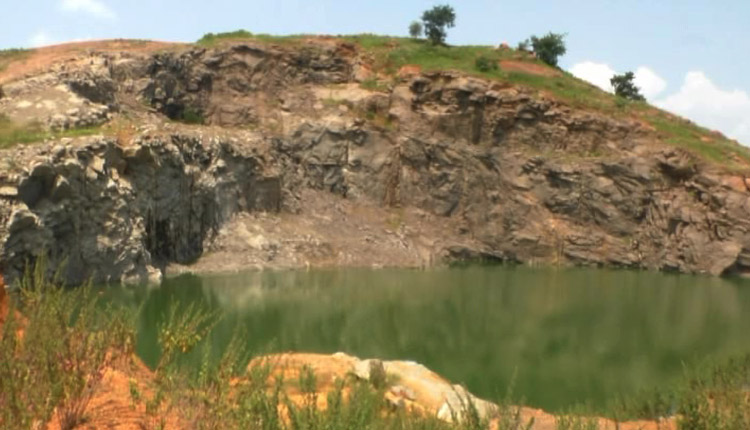 Bolangir: In a major crackdown on illegal stone quarrying, the authorities in Bolangir district have imposed a fine of over Rs 7.5 crore on a private company engaged in stone crushing and illegal mining and transportation of the same in excess.

As per the locals of Nirmuha village under Titlagarh Tehsil, the company was allegedly carrying out illegal stone mining in a mountain for many years now. “Stone blasting operation is being carried out all day, so much so that houses in nearby areas are vibrating. This has led to inconvenience to the locals. Further, we have witnessed excess transportation of stones in vehicles illegally. On a few occasions, cattle grazing in the mountain range died due to this illegal stone quarrying. A thorough investigation is required,” stated Digasira Sarpanch.

Looking at the gravity of the situation, the locals lodged a complaint with the district administration demanding stringent and effective steps in this regard. Based on the allegations, Sub-Collector along with mining department officials launched a spot inspection.

“For many years, the company was engaged in illegal stone quarrying and mining in an area which was not allotted. This has caused widespread damage to the mountain and the surrounding ecosystem. We reached the spot to assess the situation. The mining officer has submitted an assessment report via Tehsildar. The concerned company has been imposed a penalty of Rs 7.5 crore,” said Somesh Upadhyay, Titlagarh Sub-Collector.