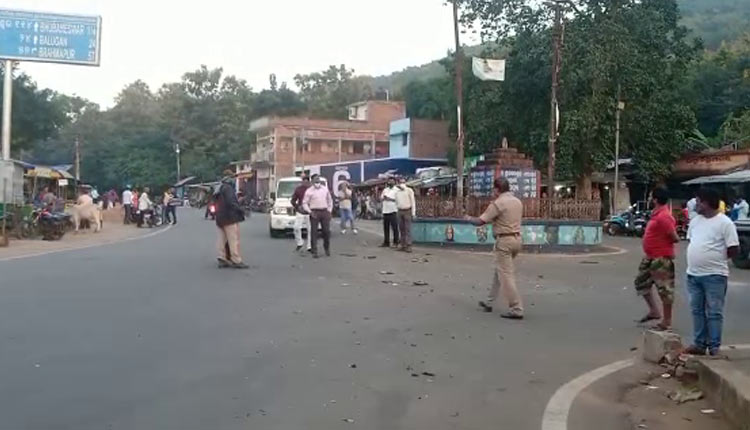 Ganjam: A youth riding pillion on a motorcycle was killed after some explosives he was reportedly carrying exploded near Nirmalajhar chhak under the Khallikote police limits in Ganjam district on Tuesday.

As per preliminary reports, the two youths were apparently carrying crude bombs to an unknown destination ostensibly to execute a crime. On their way, the bike slipped and the bombs the pillion rider was holding in a handbag fell on the ground triggering the blast.

The explosion was so severe that one hand of the pillion rider was blown away and fell a few metres away from the mishap spot. The youth who was driving the bike also suffered critical injuries in the explosion.

#Ganjam: Pillion rider on a bike killed after some explosives, he was reportedly carrying, exploded as their bike slipped on the road near Nirmalajhar chhak under Khallikote police limits. Biker who was driving the motorcycle critically injured #Odisha pic.twitter.com/a3uoYPG9jr

The deceased was identified as Mitu Maharana alias Kalia of Nua Phasula village. The injured, Silu Pahan, hails from the same village.

On being informed, Khallikote Police and fire services personnel rushed to the spot and shifted the injured youth to a hospital. The police has launched an investigation into the matter. Chhatrapur sub-divisional police officer (SDPO) and DSP also visited the spot and took stock of the situation.