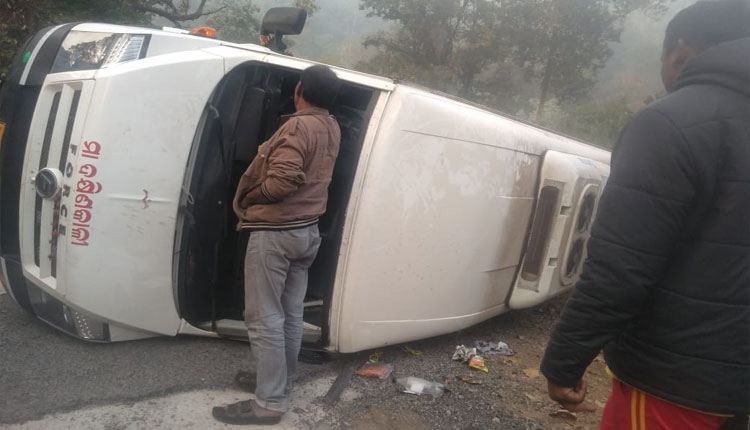 Mohana: One person was killed while more than 15 others injured after a picnic bus carrying them overturned near Dumbalpadara area on Gajapati-Rayagada border on Monday.

The deceased was identified as Sunil Sahu, a native of Bhubaneswar. The injured were shifted to a hospital in Mohana.

According to sources, the mishap occurred when the bus named Maa Dakhinakali with 20 passengers was heading to Bhubaneswar from Gupteswar in Koraput. Most of the passengers were from Bhubaneswar.

On being informed, Mohana fire services personnel rushed to the spot and shifted the injured to Mohana hospital. The health condition of six among them was stated to be critical. They were later shifted to MKCG medical college and hospital in Berhampur.

“We had come to Gupteswar for a picnic and were returning to Bhubaneswar. The bus overturned from ghat road due to overspeeding by the driver,” said a passenger who suffered minor injuries.