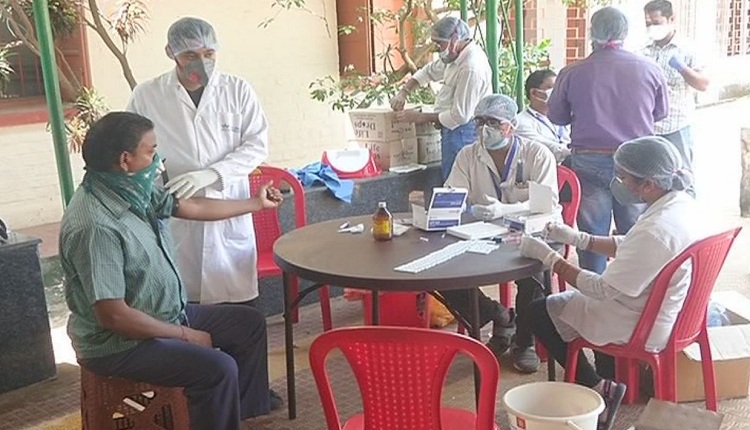 Bhubaneswar: At a time when the Odisha government is making tall claims on successful handling of Covid-19 pandemic till date, the mismanagement allegations that have come to the fore from several parts of the State tell a different story. While many have alleged delay in availing COVID-19 test reports, some being faulty increasing the possibility of further spread of the virus, several people expressed displeasure over poor medical facilities.

In an instance of sheer negligence, a person from Balipada area under Bhubaneswar block consulted an Anganwadi worker after he developed symptoms of fever. He was advised to undergo Covid-19 test along with his family members and he was subsequently informed that all of them have tested negative. Because of the negative reports, the man attended a puja and cooked food for fellow villagers. However, again after three days he was informed that he has tested Covid-19 positive.

“After we were informed that we have tested negative, we met our neighbours, went to workplace, thus spreading the virus further. This could have been avoided if the authorities become serious about the testing,” said a relative of the victim.

The virus is spreading its tentacles far and wide in the State capital. While experts have claimed that the community transmission has reached stage-4 in Odisha, delay in test reports could further deteriorate the situation, health experts said adding that State government must take necessary steps in this regard.

“The delay in getting the test report is causing a rapid spread of the virus. Generally, antigen test report can be obtained in 30 minutes to one hour, but people are being informed about the results after two-three days. The government should look into this,” said Dr Niraj Mishra, health expert.

In response, Bhubaneswar Municipal Corporation (BMC) commissioner Prem Chandra Choudhury said, “Permission is required to get information from ICMR portal. The result of RT-PCR tests can be collected from the Capital hospital. The delay at the private labs is not under our control.”

Meanwhile, the death of two patients due to alleged medical negligence at a healthcare facility in Jharsuguda has raised serious questions over the management. It is being alleged that the family members approached doctors and nurses several times for medical assistance but none turned up to attend the patients due to fear of Covid-19 contamination. The video of the incident has gone viral.

Expressing displeasure over the incident, BJP leader Tankadhara Tripathi took to Twitter and said, “CM Naveen Patnaik should take the matter seriously and stringent action must be taken against those who are involved in the incident.

Replying to Tripathi’s tweet, Health minster Nabakishore Das has asked the Chief District Medical Officer (CDMO) to investigate the matter and submit a report by today.

COVID-19: ICMR Successfully Completes Second Round Of Countrywide Serosurvey, See What Next