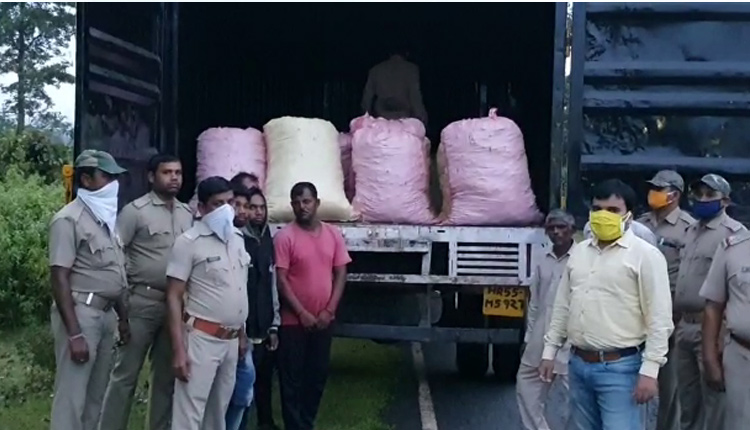 Paralakhemundi: Police on Thursday seized 610 Kg of ganja from a truck near Taramala village in Gajapati district while it was being transported to Haryana from Shikulipadar area in the district.

The police have arrested six persons in this connection and confiscated a two-wheeler from them. The arrested persons have been identified as Vinod Kumar Sharma, Jaypal Singh, Suresh Kashyap, and Balak Ram from Haryana; Manoj Bir and Sukant Majhi from Chandragiri in Gajapati district.

As per the police, the market value of the seized ganja could be worth more than Rs 40 Lakh.

Sujit Kumar Nayak, the Inspector In-Charge of Mohana Police Station said, “A special drive was launched by our SP Tapan Patnaik to crackdown on ganja trade. The contraband was seized during a blocking exercise near Taramala village today.”

“A suspected truck bearing Haryana state registration number was stopped and 21 packets (610 KGs) of ganja was recovered from a hidden compartment of the vehicle,” added Nayak.