Non-implementation of sand policy carries a big risk for Odisha. Indiscriminate mining could turn it into a sand deficit State. Lack of pricing model on sand is akin to infamous coal scam. Govt losing out on revenues 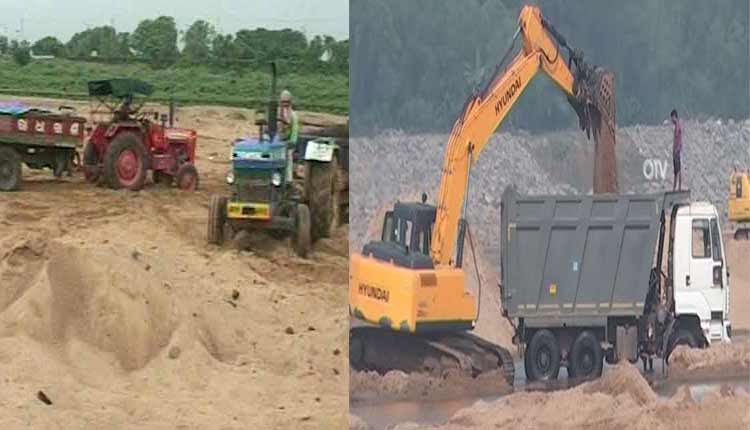 Bhubaneswar: Even as a whopping over 45 per cent of the Tehsils in Odisha report massive illegal sand mining, the State government has apparently gone pound sand to the problem. Odisha, along with Jharkhand, is the only two major states in the country that have no policy on the sand.

With illegal mining of major minerals in Odisha having been shrunk to a mere 1 case in the first half of 2020-21 from over 45 in 2017-18, courtesy of the SC guidelines post the famous Shah Committee report, illegal sand mining has emerged as a lucrative business for mining mafia in the State.

The role of the Odisha government in putting shackles on the rampant illegal mining looks lackadaisical because, replying in Odisha Assembly recently, Revenue and Disaster Minister Sudam Marandi conceded that Odisha has neither estimated the demand – consumption of sand in the State nor has fixed any price for the sale of sand.

As per Union Government’s Sand mining framework released in 2018, Sand mining policy is a policy imperative for a State because, sans policy, indiscriminate mining of sand in a surplus state could lead it to turn into a deficit state.

IS ODISHA A SURPLUS SAND STATE?

As per the data provided by the State Revenue and Disaster Management Minister, Odisha has been a sand surplus State for a long period of time

HOW POLICY HAZE IS A BOON FOR ILLEGAL MINING?

The above salient points hint at how the lack of sand mining policy is proving a blessing for the illegal sand miners in the State.

As per the minister’s reply, the Odisha government has decided to draft a sand Mining policy for the State in 2018. He added further that the draft policy is still in the discussion phase. The Minister also didn’t outline any timeframe for implementing the policy in the State.

In order to curb illegal mining, the Odisha government had set up a separate regulating agency. The agency is authorised to take strict action and undertake a robust monitoring mechanism using technology to prevent the illegal lifting and theft of minor minerals. In August 2019, the State government set up a Directorate of Minor Minerals under the administrative control of the Revenue and Disaster Management department.

But it dithered in bringing out a Sand Mining Policy.

August 2020: The NGT’s Principal Bench verified the allegations of villagers and activists regarding illegal sand mining and then passed an order banning sand mining in the Subernarekha River.

October 2020: The National Green Tribunal restrained sand mining along the Brahmani river bed in the Kendrapara district. The NGT had even directed the Chief Secretary to take action against the Kendrapara Collector and SP for filing incorrect documentation.

August 2020:  A law and order situation had been witnessed in Hinjli – CM Naveen Patnaik’s Assembly Constituency – as eight sand-laden vehicles were set on fire at Kolidaspur under the Hinjili police limits in Aska on Aug 22.

THE BOTTOMLINE: The Odisha Sand policy is in the deep sea and the illegal miners are making hay by digging in deep pockets.