Odisha: No mass bathing, rituals at river ghats during chhat Puja this year 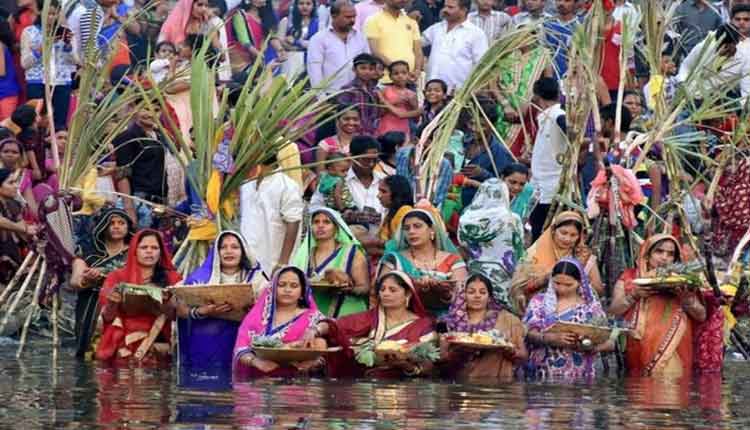 Bhubaneswar: The Odisha government has barred rituals and mass bathing at river ghats in the State during upcoming Chhat Puja celebration as a measure to contain the spread of Covid-19 which experts fear could make a revival during winter season.

A notification in this regard was issued (in public interest) by the Special Relief Commissioner (SRC) on Monday, according to which the prohibition on mass bathing and performance of rituals at river ghats will remain in force during November 20 and 21, 2020,

“Usually there are large congregation of people at river ghats for taking holy bath and performing the puja. Such a congregation has large potential for spread of Covid-19 infections. Considering the situation, the State government has directed in public interest to prohibit the celebration of Chhat puja and mass bathing at river ghats”, the notification read.

Moreover, the government has advised the devotees to avoid public gatherings and perform the rituals at home adhering to safety protocols like social distancing norms, use of mask and sanitizers.

Any person found violating the government order would be punished as per law, the notification added.

The government imposed the restriction in exercise of power conferred under section 24 (I) of Disaster Management Act-2005.

Earlier, the government had imposed similar curbs for Dussehra, Laxmipuja and Diwali in view of the spread of the pandemic. The government had directed the concerned authorities to ensure only observance of the Puja without participation of public. The devotees were also barred from visiting pandals for darshan of idols. No cultural activities and processions were also allowed during Puja and the immersions.