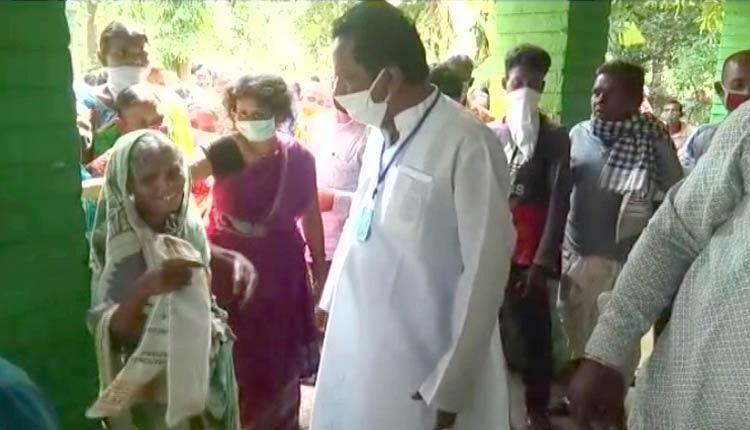 Sahu has reportedly made the remarks while distributing rice and other food materials to residents at Pendarabasa village in Palalhada area of Angul district on October 23.

According to sources, the parliamentarian distributed rice, chuda, sugar, gur, turmeric powder and salt to the residents. About 244 elderly persons from Nijigarh, Dimiria and Balipasi panchayats had gathered at Pendarabasa to receive the items. It was alleged that the food distribution was carried out violating Covid-19 guidelines.

Addressing the people after the distribution of the items, Sahu reportedly told the people that the rice packets were three months old stock. He further suggested the locals to make the rice beer.

Reacting to the viral video, the MP admitted to have made the statement and said ‘why I would hesitate to tell the truth.’

“I told the people to serve the rice to gomaata (cow) if they cannot use them or make handia out of it and drink. I advised them to drink the handia before sunrise. Because the beverage becomes alcoholic after being exposed to sun,” Sahu said.

The MP also admitted that the people gathered there to receive the food items had violated the social distancing norms. “They were sitting slightly close to each other and had not maintained social distancing. But I had followed the norms,” he added.