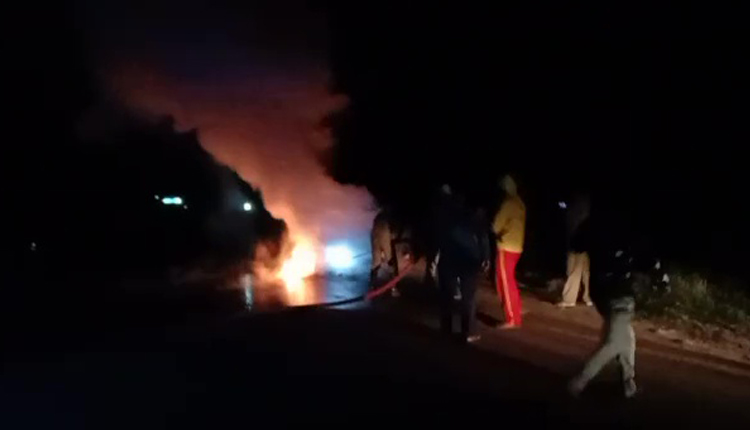 Keonjhar: Three passengers sitting inside a moving car had a narrow escape after the vehicle caught fire on Naranpur-Duburi Road near Ramchandrapur in Keonjhar on Tuesday.

According to initial reports, the fire in the car was caused by an electric short circuit.

According to the passengers, while they were travelling they noticed smoke coming out from the engine. As they got down from the car to check the source of the smoke, the car was engulfed by fire.

Subsequently, the tyres burst triggering panic in the locality. The incident also disrupted traffic movement on the road.