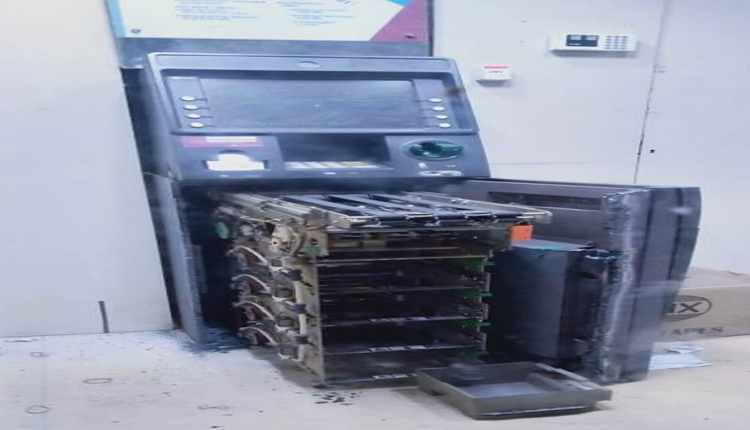 Balasore: A group of miscreants allegedly broke open an ATM of a bank at Kamarda market in Bhograi block under Jaleswar police limits and looted cash from the cash dispenser.

According to sources, the miscreants broke open the machine of Axis Bank on Thursday night with the help of gas cutter. They damaged the cash dispenser’s camera attached on top of it. However, the exact amount of money stolen from the ATM has not been ascertained.

After receiving the information, Jaleswar Sub-Divisional Police Officer (SDPO) and inspector-in-charge of Kamarda police station reached the spot and launched an investigation into the incident.

On Wednesday night, some miscreants had looted lakhs of rupees at Soro in the district by breaking open two ATMs of Axis Bank and another finance company.

Police suspected involvement of inter-state gang in the loot of the ATMs, who have executed such crimes in different parts of the country.

A similar incident had taken place in Bhubaneswar last October when miscreants had stolen over Rs 20 lakh from the ATM of United Bank Of India. They also had used gas cutters to break open the machine.

In the same month, bike-borne miscreants had looted Rs 20 lakh from UCO Bank in Bhograi. The robbers had looted the cash after terrorising the bank employees at gun-points.

Last month, the Commissionerate police had arrested two robbers who were members of an inter-state gang in Bhubaneswar. They were involved in an ATM loot case at Patia in the Capital city.

Rupee Rises 16 Paise To 73.77 Against US Dollar As RBI Maintains Status Quo On Interest Rate