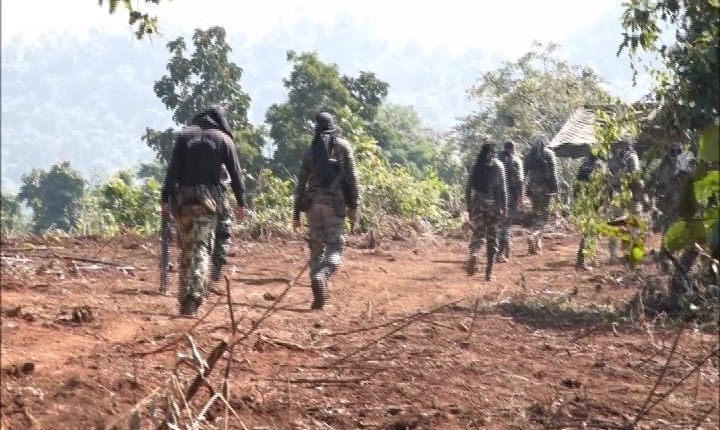 Malkangiri: At a time when security forces continue to intensify their crackdown in the Maoists hit cut-off area of Chitrakonda, the Red Rebels seem to have started targeting people supporting the forces, especially the male members of families.

The security forces are strengthening their base in the Naxal-prone Swabhiman Anchal and have so far set up seven BSF camps in the region. The development has helped the forces push back the Maoists and reclaim around 70 per cent area, which was earlier under the control of the ultras.

People of the region now want development and those who were once Maoist sympathisers have also now started speaking the tone of progress for the welfare of people. These developments have become a major cause of concern for the Maoists.

However, at the same time, panic is also thick in the air as locals fear Maoist attacks out of desperation. Recently, the ultras killed a man in front of local residents at Khajuriguda village in the district. Only women are coming out of home for market and other related works.

“They (Maoists) seemed to have all the data as to who is a police informer and are issuing warnings, hence, men are staying back at home out of fear. They need police protection,” said a social activist, Duryodhan Patra.

However, police have assured that people need not fear as they are leaving no stone unturned to ensure peace in the region.

“A change in the lifestyle of people has been witnessed following the establishment of BSF camp at Gurasetu. Police are taking all possible measures for the safety of the people and to bring peace in the area,” said Chitrakonda SDPO, Sunaram Hembram.

No Roster Duty For S&ME Staff In November