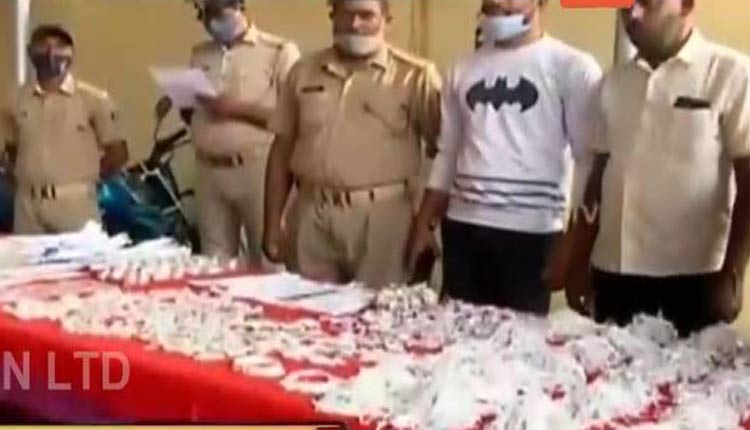 Cuttack: The Commissionerate Police on Thursday recovered 385 gram of gold and 25 kg of silver ornaments from a gang of looters in Cuttack.

The twin city police also seized Rs 12000 cash, 2 bikes and 4 mobile phones from their possession and arrested five persons including a shopkeeper on the charges of lifting the valuables from a jewellery shop on IB Road in Jagatpur.

The accused had allegedly stolen 385 gram of gold, 25 kg of silver ornaments and cash from a jewellery shop on December 5. Since then, a special squad of the police had been investigating the same.

Cuttack DCP Pratik Singh said that a total of 25 kg silver, 385 gram of gold, Rs 12,400 cash, a car, two bikes and a gas cutter have been seized. The accused will be forwarded to court, he said.