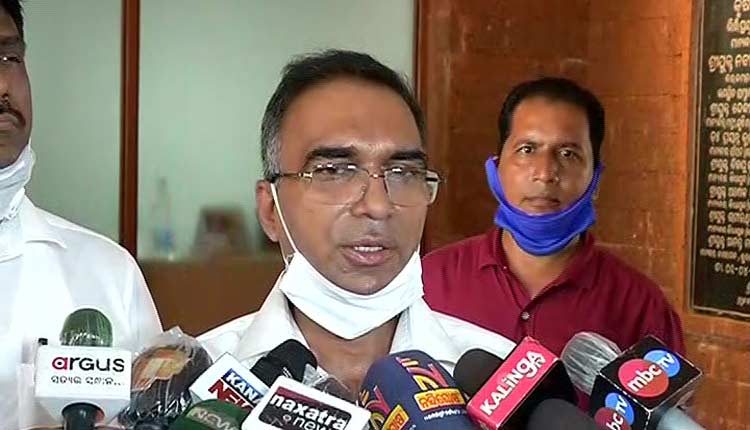 Bhubaneswar: Odisha Chief Minister Naveen Patnaik on Tuesday chaired a high-level review meeting in view of possible locust threat to the State and directed officials to keep extreme vigilance on the movement of the swarm during the next 10 days.

In view of high vulnerability to districts like Nabarangpur, Nuapada, Kalahandi, Malkangiri, Koraput, Rayagada, Jharsuguda, Sundergarh and Bargarh, the government has put 10 districts on high alert.

During the meeting which was attended by top officials of the agriculture department, it was decided that awareness will be created among farmers and if needed, the pesticide will be sprayed in areas likely to be affected with the help of pump sets.

As per the discussion in the meeting, State, as well as district-level control rooms, have been set up to control the situation. The decision was also taken to send WhatsApp messages to about 6.5 lakh farmers and voice messages to about 8 lakh farmers. Besides, farmer empowerment department will be in regular touch with farmers.

It was informed during the meeting that the swarm spotted in Koriya of Chhattisgarh yesterday has moved to Madhya Pradesh.

#LocustAttack: Swarm spotted in Koriya of Chhattisgarh has now moved towards MP. Advisory has been issued for 15 lakh farmers of #Odisha & those residing in districts bordering with neighbouring States have been alerted: State Agriculture special secretary S.K. Vashishth pic.twitter.com/T7dkTFsjgy

Speaking to media after the meeting, special secretary of agriculture department SK Vashishth said, ”We have issued alert to about 15 lakh farmers of Odisha and those residing in districts bordering and neighbouring Chhattisgarh, Andhra Pradesh, Telangana and Jharkhand. We advised all to remain alert,” he said.

Asked whether there is any threat of locust to Odisha, Vashishth said at present it is not appropriate to say that there is no threat of locust to Odisha. The swarm which returned to Madhya Pradesh from Chhattisgarh may return again. So we are keeping a vigil over the neighbouring districts and also in touch with Chhattisgarh government and other governments where locusts were seen to learn what steps they have taken to counter the threat.

On claims of some people about the spotting of locust-like insects in Odisha, he said I request people not to create panic, “Grasshoppers are different and locusts are different.”