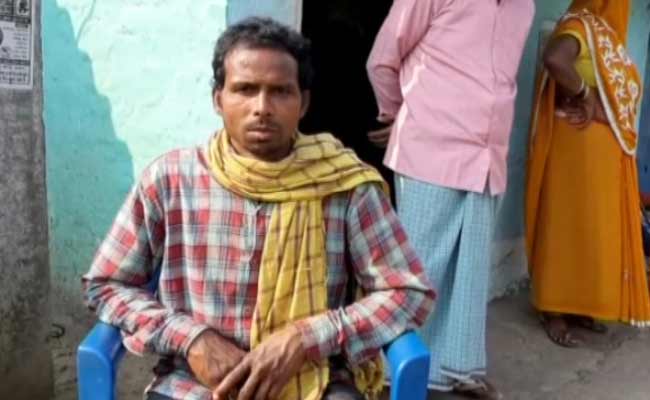 Rourkela: We had left for Banaras in Uttar Pradesh to work in a brick kiln, but were tortured and made to work at gunpoint, said Jitu Oram, one of the labourers who managed to return Odisha. Oram’s statements speak volumes about the mental agony and suffering he underwent along with eight other labouers from Gopabandhupali area in Rourkela.

All the nine labourers were reportedly lured by a middleman identified as Babul Singh who assured them of providing a work at Rs 350 per day in Uttar Pradesh.

“The employer started to torture us on the third day itself. We were beaten and made to work even during illness,” Oram added.

The horrific tale of torture came to light after Oram escaped from the brick kiln and returned to Odisha. It is alleged that one of the labourers from the State has been murdered in Uttar Pradesh.

“My husband is still in Uttar Pradesh. We have learnt that he is being tortured,” said Laxmi Nag, wife of a labourer.

“All the labourers are being tortured and made to work even in illness. We appeal the State government to take necessary steps and rescue them,” said Gurubari Nayak, wife of another labourer.

Social activist, Prakash Paswan informed that 9 labourers are still stranded and being tortured. “Odisha government should intervene and take steps to rescue them from the brick kiln,” he said.

According to reports, Sundergarh district tops in illegal human trafficking in the State. Without labour licence, several middlemen are trafficking people from the district to other States.

Meanwhile, Rourkela labour officer Pranab Kumar Patra has assured that steps will be taken to rescue the labourers from Uttar Pradesh.

“We have asked the labourer Jitu Oram to share more details. We will take appropriate steps to rescue them,” said Patra.

Govt Appoints DoT’s Mahmood Ahmed On MTNL Board As Director