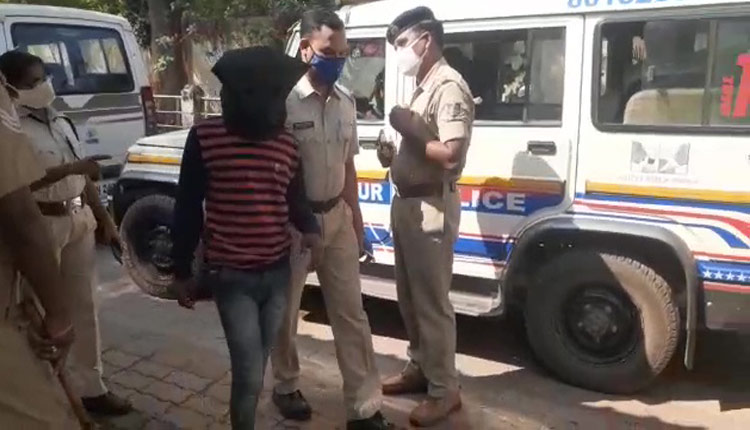 Sambalpur: As many as 9 persons including a minor were arrested on Thursday in connection with the sensational loot of over Rs 35 lakh from a vehicle carrying cash belonging to the Union Bank on November 9.

Superintendent of Police (SP), Sambalpur, Kanwar Vishal Singh said that that a total of 11 persons were involved in the loot of cash, of which the police has so far managed to recover over Rs 10 lakh from the arrested accused. Two more accused are still at large, he said.

Kuchinda Police arrests 9 persons including a minor boy for allegedly looting Rs 35.42 lakh from a cash van of Union Bank on Nov 9; so far Rs 10.09 lakh cash & other valuables seized from their possession, 2 other accused still at large, informs #Sambalpur SP at a presser #Odisha

On November 9, two employees of the Union Bank’s Laimura Branch, including the Assistant Manager and a peon, were returning from Sambalpur after collecting cash of Rs. 35,41,000 from the Union Bank’s, Sambalpur Branch in a private vehicle.

While the vehicle was travelling near Thuntipipal village, two unidentified miscreants, riding a motorcycle, intercepted the vehicle. Later four others joined them and blocked the vehicle from all sides. The six miscreants then looted Rs. 35,41,000 cash.

They also took away the key of the vehicle, wallet and mobile phones of the driver and bank officials.

The SP said that Sumant and Chitrasen were the masterminds of the entire loot plan.He said one of the accused, identified as Gobind Kisan, came to know about the regular transportation of cash from the Sambalpur branch without any security guard.

Gobind then passed on the information to Sumant and Chitrasen who then planned the dacoity.

Singh said following the loot, the police formed four separate teams and all out efforts were made to nab the miscreants based on the initial leads.

Meanwhile, police informers tipped off that the suspects had purchased a car, two motorcycles, gold and silver ornaments using the cash looted from the bank’s vehicle.

The police then zeroed in on them and picked them up for questioning. During intensive questioning, they confessed to the crime, following which the police recovered the leftover cash from them. They were subsequently put under arrest.

BP, Diabetes May Up Neuro Complications In Covid-19 Patients