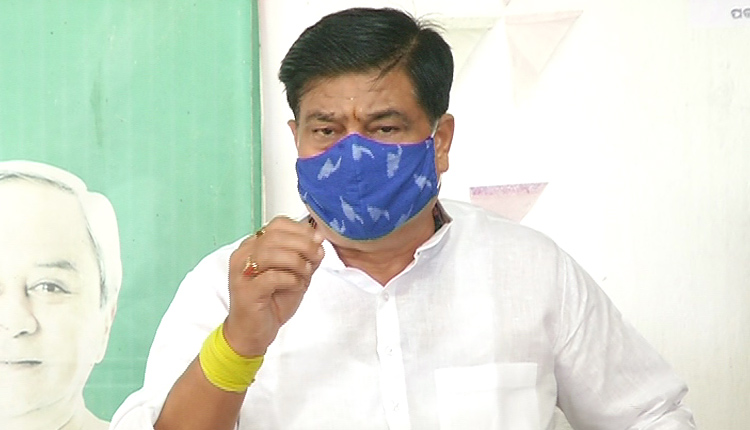 Bhubaneswar: Amid allegations of delay in the distribution of tokens to farmers as the kharif paddy procurement in Odisha began two days ago, the Food Supplies and Consumer Welfare Minister Ranendra Pratap Singh on Monday claimed that the process is going on smoothly.

“Those farmers who have registered themselves online are being provided the tokens in alphabetical order. There are no irregularities in the system as everything has been streamlined and everybody will be provided with the tokens like last year,” stated Singh adding that the kharif paddy procurement process is running smoothly in Odisha.

The paddy procurement started two days back in Western Odisha districts of Bargarh, Sambalpur and Kalahandi.

“Earlier the State used to procure 50 metric tonnes but for the first time, it has been increased to 71 metric tonnes. Even arrangements will be made to procure surplus paddy from small and marginal farmers who have registered for it,” said Singh.

It may be noted that online registration is mandatory for the farmers in their nearest PACS, LAMPCS, WSHG and Pani Panchayats to sell their kharif paddy. Over 14.97 lakh farmers have registered themselves through online for the procurement this year.

The Minimum Support Price (MSP) for fair average quality (FAQ) of paddy has been fixed at Rs 1,868 per quintal and Rs 1,888 per quintal for Grade-A variety paddy.