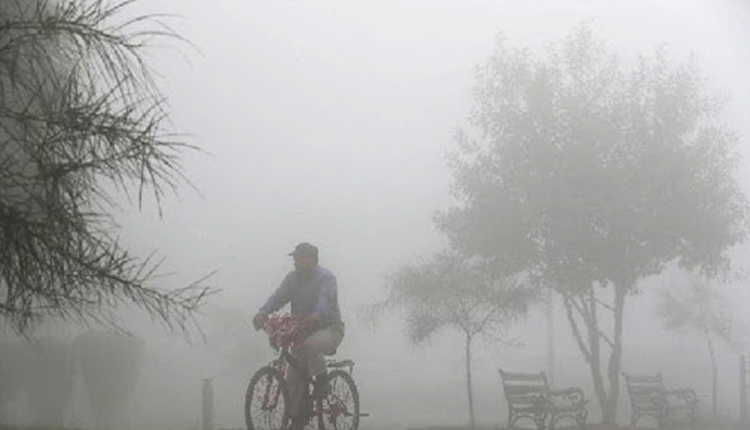 Kandhamal: Over the last few days, cold wave condition seems to be tightening its grip in Odisha’s Kandhamal district. Chilly winds coupled with dense fog conditions has made things bittersweet for people here as they are bracing up for a harsh winter this year.

Official MeT reports suggest mercury has plummeted to below 12 degree Celsius and the district has constantly maintained a night temperature less than 12 since November 29, blanketing many interior areas in freezing fog. As per the forecast, the minimum temperature is likely to drop further in the next few days.

In the last 24 hours, district headquarters Phulbani shivered at a low of 9 degrees, while the picturesque Daringbadi- also known as Odisha’s Kashmir valley, recorded night temperature of 9.5 degree Celsius.

With winter vacations round the corner, people from Odisha as well as outside feel this could be the best destination during Christmas and New Year for some chilling and thrilling experience. Situated in the highland areas with dense forest cover, Daringbadi sits in the verdant lap of nature with pine jungles, coffee gardens and some beautiful valleys which makes it a perfect place for nature lovers, adventure enthusiasts and the coffee buffs. The best part is this is the only place in Odisha which experiences snow fall during winter, locals say.

On Friday, as many as 15 stations recorded night temperature below 15 degree Celsius. Sonepur turned out to be the coldest place in the State as mercury dipped to 8 degrees, followed by Phulbani with 9 degrees, Daringbadi 9.5 degrees, Bhawanipatna 10.5 degrees, Angul 10.6 degrees, Talcher 11.7 degrees, Jharsuguda 12.1 degrees, Sundargarh 12.5 degrees, Keonjhar 12.6 degrees, Bolangir 12.8 degrees, Boudh 13.5, and Koraput-Hirakud-Sambalpur with 13.6 degrees.

The twin cities of Cuttack and Bhubaneswar witnessed minimum temperature of 14.8 and 16.9 degree Celsius, respectively.