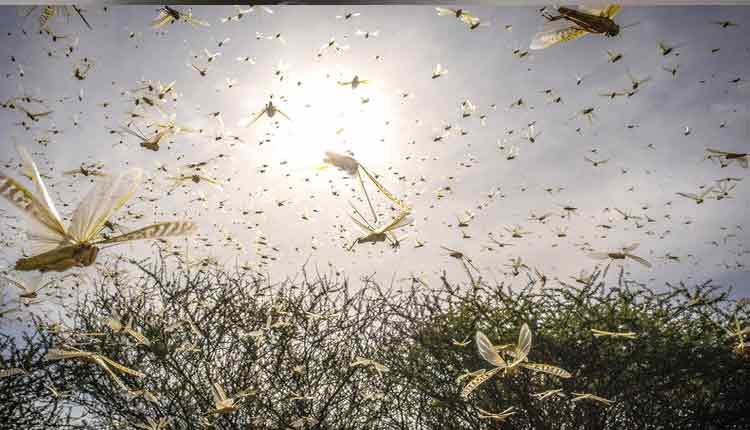 Bhubaneswar: Odisha Agriculture department issued a Standard Operating Procedure (SOP) for the impending swarm of locusts in the State.

The Agriculture department Secretary, Suresh Kumar Vashishth said, “We have appointed nodal officers for all the districts and sensitized them on how to deal with the locust swarm. Control rooms are created in all districts to monitor their movement. All the concerned officials have also been asked to take measures as the situation develops.”

“SOP has already been issued to all the field-level officials in the State. They will be briefed further as and when the guidelines are released by the Centre,” Vashishth said.

Speaking about the movement of the locusts, Vashishth said, “The direction of the swarm will largely depend on the wind direction and monsoon.”

Agriculture Department Director, M. Muthukumar said, “A monitoring team has been constituted in each district to keep a tab on the movement of the locust swarm and for surveillance of vegetation.”

As per sources, the department has requested the Locust Warning Organization to provide real-time data of the movement of the pests.

“The scientists have assured us that the locusts will move away from Odisha if monsoon arrives early in the State,” informed Muthukumar.