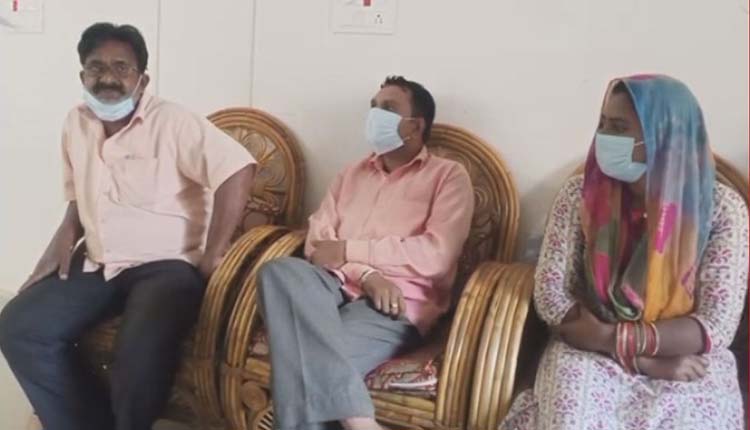 Bhawanipatna: Kalahandi police on Tuesday busted an inter-state marriage racket and arrested four of its members including two women on charges of duping lakhs of rupees from several people.

The accused have been identified as Eli Mahanta from Sundargarh and her associates- Birbal Sharma form Kantabanji, Mina Gupta and Sraban Soni from Chhattisgarh.

The modus operandi of gang is to target elderly or divorced men. While Eli used to be the bride, the three others used to act like her mother, father and uncle helping the former to find a groom, sources in police said adding that Eli used to change her name before every marriage.

“Father of a groom had filed a complaint that the inter-state gang has duped him  of Rs 4 lakh by organising a fake marriage in last October. Acting on his complaint, we have busted the gang and arrested four persons,” said Saravana Vivek, Kalahandi SP.

The gang has duped lakh of rupees from four persons by arranging such bogus marriages, police said.

“From the preliminary investigation it has been found that the lady had married four times. We suspect the number may rise further. Many people, who were cheated by them, are not approaching us fearing social stigma. We urge them to register complaint,” Vivek added.

Had No Clue Where He Was All These Years, Claims Biban Biswal’s Wife