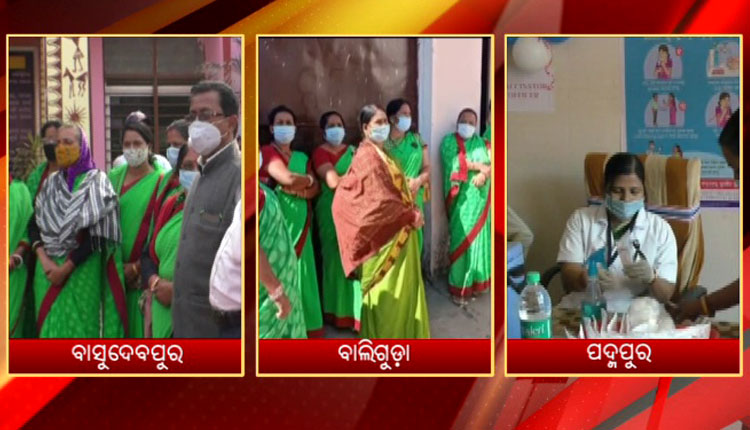 Bhubaneswar: On the one hand while the much-awaited Covid vaccination kicked off across Odisha with much enthusiasm today, health workers in various parts of the State were seen sporting black badges as a mark of protest against the alleged apathetic attitude of the government.

Though many health workers discharged their duties by taking part in the vaccination drive, they did not take the vaccine shots.

About 70 male and female health workers of Basudevpur in Bhadrak district wore black badges today as a symbolic protest.

Similarly, all the health workers working in Baliguda sub-division of Kandhamal district also refused to take vaccine doses. They said they will not receive the vaccine shots until their demands are fulfilled.

The situation was no different in Padmapur block of Bargarh district where health workers participated in the vaccination programme by wearing black badges.

The health workers alleged that they are working towards successful implementation of all the health schemes of the government, but the government is ignoring their demands.

The health workers have urged the government to take decision for fulfilment of their demands like reconstruction of cadres and promotion, among other demands.