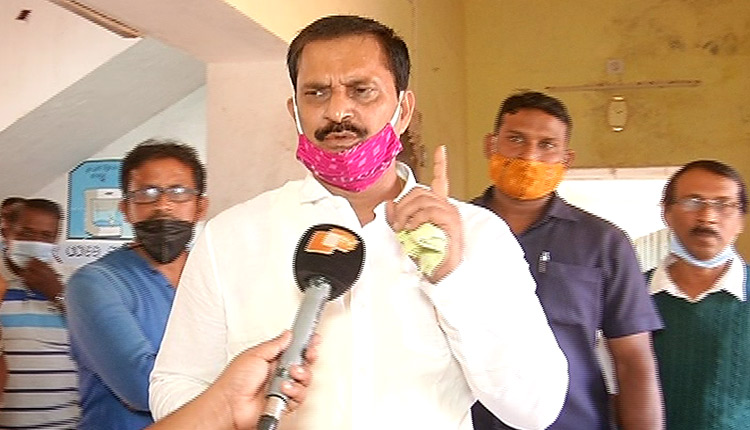 Bhubaneswar: The School and Mass Education department minister, Samir Dash, Monday denied coming across any order of the Orissa High Court in connection with waiver of school fees.

Speaking to media, the minister stated, “The High Court notice hasn’t reached us yet. Whatever we have heard so far in this regard is from the media. The department will take a decision on school fees waiver after we receive the HC order.”

School fee reduction: We are yet to receive Orissa High Court’s order. The department will take a call once we get it, says School and Mass Education minister Samir Dash #Odisha

Last week, the High Court had reportedly asked the state government to accept the reduced fee slab as proposed by a joint committee comprising representatives from school and parent associations, formed at the behest of the court months back.

The joint committee has reportedly recommended a waiver of either tuition fees or composite fees under seven slabs and for the actual waiver of transport and food charges, if any.

As per reports, hearing PILs seeking waiver of school fees for students of private schools, a bench of Orissa HC Chief Justice S Muralidhar and Justice BR Sarangi declined to adjudicate beyond the MoU arrived at between private institutions in Odisha. It however stated that individuals or parents associations still having objections to the proposed slab can approach the court afresh.

The Orissa High Court has noted that it is up to the State government to decide on waiver of school fees on the basis of MoU between 14 private schools in Odisha which agreed to waiver of fees at a flat rate in different slabs, a report of which was submitted by Principal Secretary of the School and Mass Education department last month.

“Nevertheless, it must be clarified that while this Court has recorded the fact of the MOU having been entered into, this will not preclude individual institutions or parties, who may be aggrieved or who may have a different point of view than that recorded in the MOU, or seek strict enforcement of the terms and conditions of recognition or grant of NOC as set out in the Resolution on September 23, 1996, from seeking appropriate reliefs in separate proceedings as are permissible to them in accordance with law,” the HC bench said in its order.

Earlier, multiple petitions were filed seeking judicial intervention for a reduction of fees in private schools during the lockdown period as the institutes were either completely closed or partially functioning with online classes since March 2020.

Aus Vs Ind: CA Confirms Fourth Test To Be Played In Brisbane