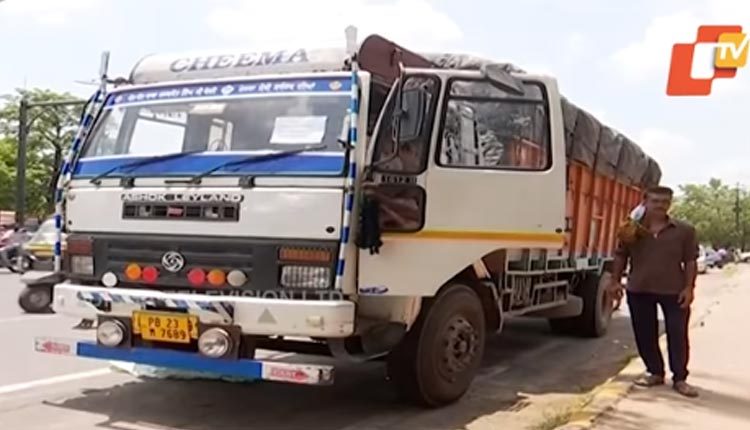 Bhubaneswar: Finally, the Odisha government has agreed to accept the PPE kits of various suppliers to combat the COVID-19 pandemic.

Several trucks carrying the personal protective equipment (PPE) kits of various suppliers are standing outside the Odisha State Medical Corporation Ltd (OSMCL) in Bhubaneswar since past several days as it had refused to accept the kits.

The procurement committee, which met on Monday, decided to purchase the PPE kits from the suppliers. The PPE kits that have already arrived will be accepted, said an official.

The official said that the OSMCL has already procured 8.63 lakh PPE kits, which will be sent to various districts.

IANS was first to report that OSMCL is not accepting the delivery orders from various MSME suppliers.

OSMCL had floated a tender inviting for procurement of the kits. The initial deadline was the month of July. However, it has been abruptly ended in May. It informed the suppliers that it would not accept delivery after May 26.

The government’s plea was that it has enough stock of PPE kits.

Earlier, Health Minister Naba Das had said that the State doesn’t need more kits as it has sufficient stock of the same.

“We have enough PPE kits. A decision was earlier taken that we would not accept delivery after May 26. As several states are presently in need of the kits, those can be diverted to such places,” said Das.

“Odisha government had taken a lot of precautions much earlier and that’s the reason we have adequate stock of the PPE kits,” he added.