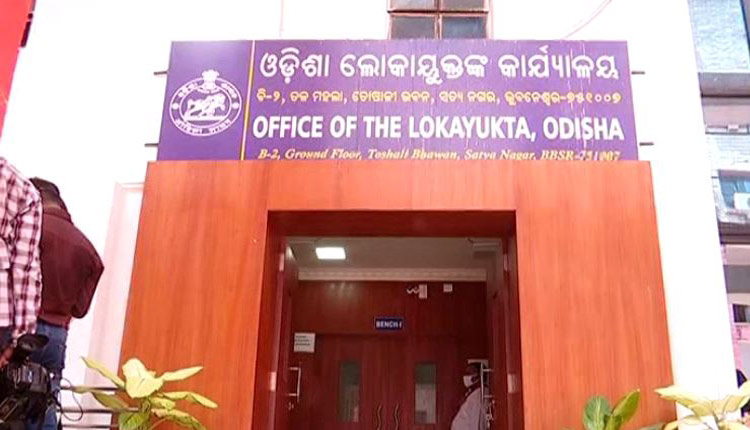 Bhubaneswar: The Odisha government’s recent move prohibiting disclosure of the identity of the public servant against whom the complaint is lodged during proceedings at the Lokayukta has invited criticism from all quarters.

According to a notification issued by General Administration (GA) department, the Lokayukta henceforth will not reveal the identity of the public servant, against whom the complaint is lodged, till the completion of the investigation. However, a complainant can disclose his name if he/she wants.

Coming up with the Odisha Lokayukta (procedure of filing of complaint) Rules, 2020, which elaborates how to file a complaint, the State government has made it mandatory for a complainant or an organisation to submit identity card or registration certificate while filing a complaint against a public servant before the quasi-judicial anti-corruption authority.

Meanwhile, the Oppositions have targeted the State government over the development and alleged that the move aims to protect the tainted officials, bureaucrats and employees.

“The issuance of Lokayukta (procedure of filing of complaint) Rules by the government is to safeguard the tainted employees. This will encourage them to do more corruption,” said BJP general secretary Prithiviraj Harichandan.

Echoing the same voice Congress leader Sudarshan Das said, “The Lokayukta which was formed to keep an eye on the corruption at higher level is being destroyed by the State government.”

RTI activists too have also lambasted the ruling BJD government over the move and questioned its motive in amending the rules.

“By protecting the identity of the public servant, the government wants to save its face but it does not understand that by doing so it will weaken the Lokayukta and the very purpose of its institutionalisation,” alleged Srikant Pakala, an RTI activist.

“If the name of an accused against whom a police complaint is lodged can be disclosed, then why the name of a public servant can’t be disclosed? The government has no clarity on it,” said Justice Ratnakar Das, a former judge.

Refuting the allegations, BJD MLA Amar Satpathy, however, said, “The law is for everyone. It does not protect a particular person or group.”